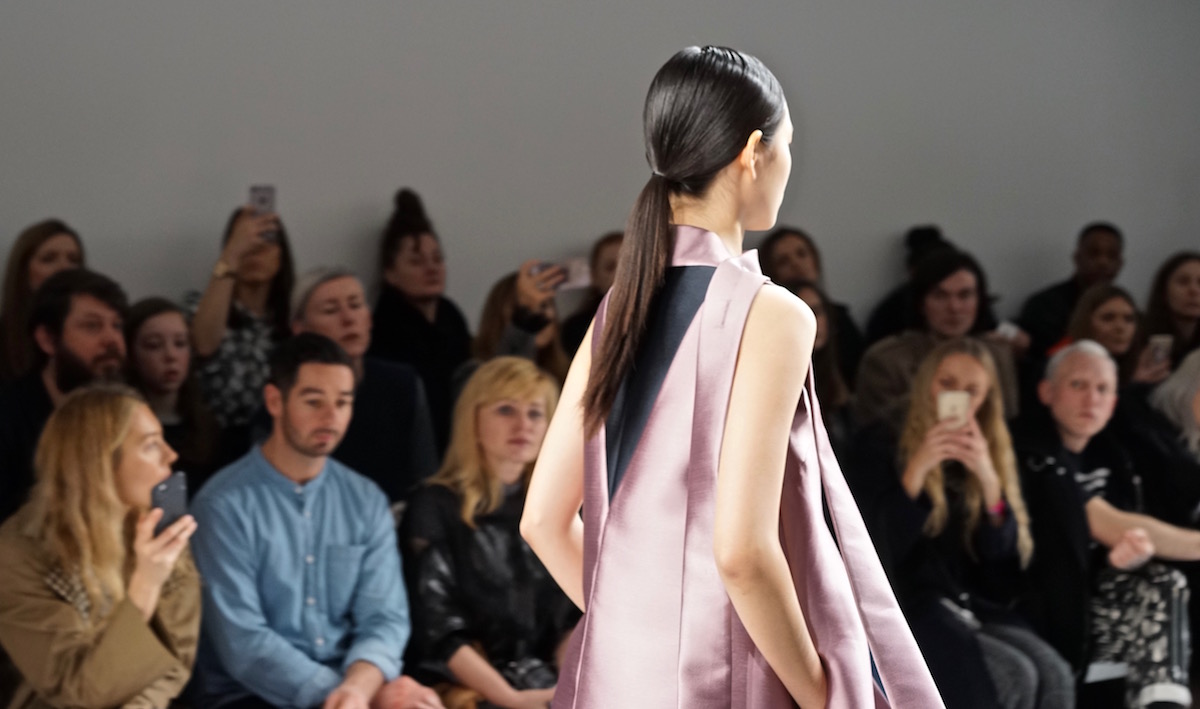 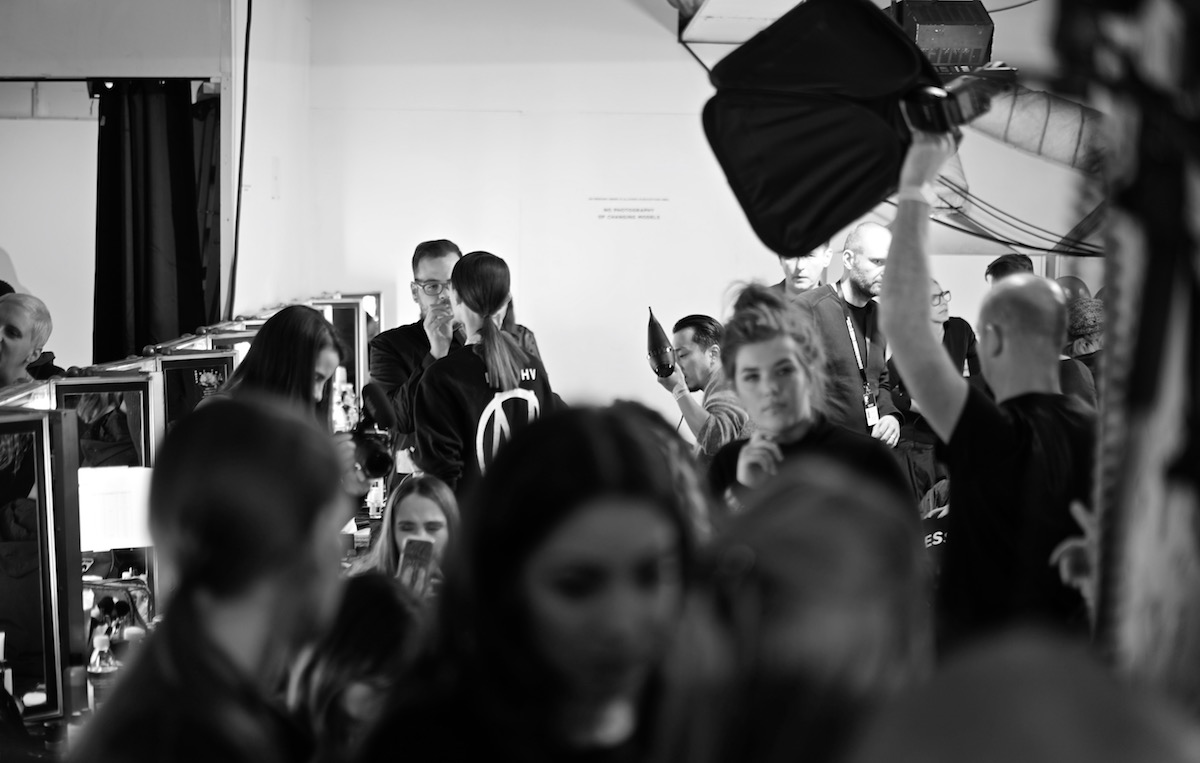 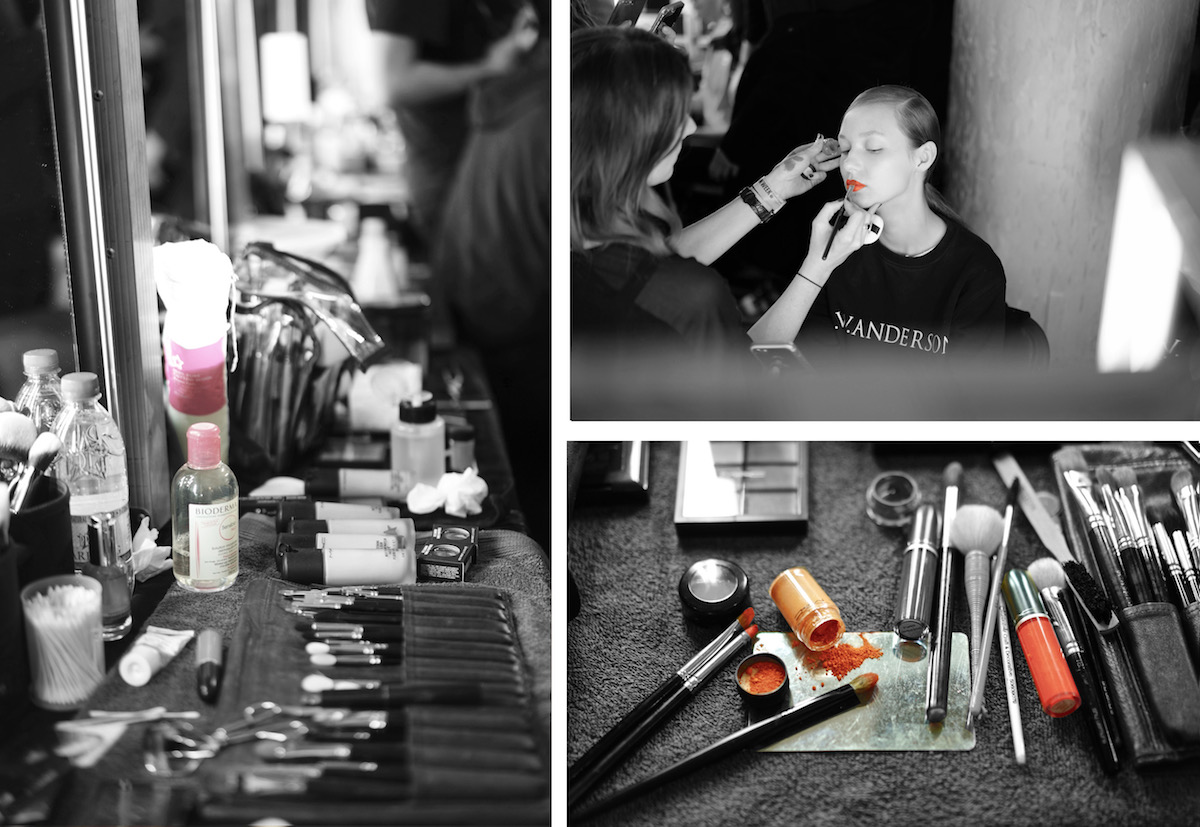 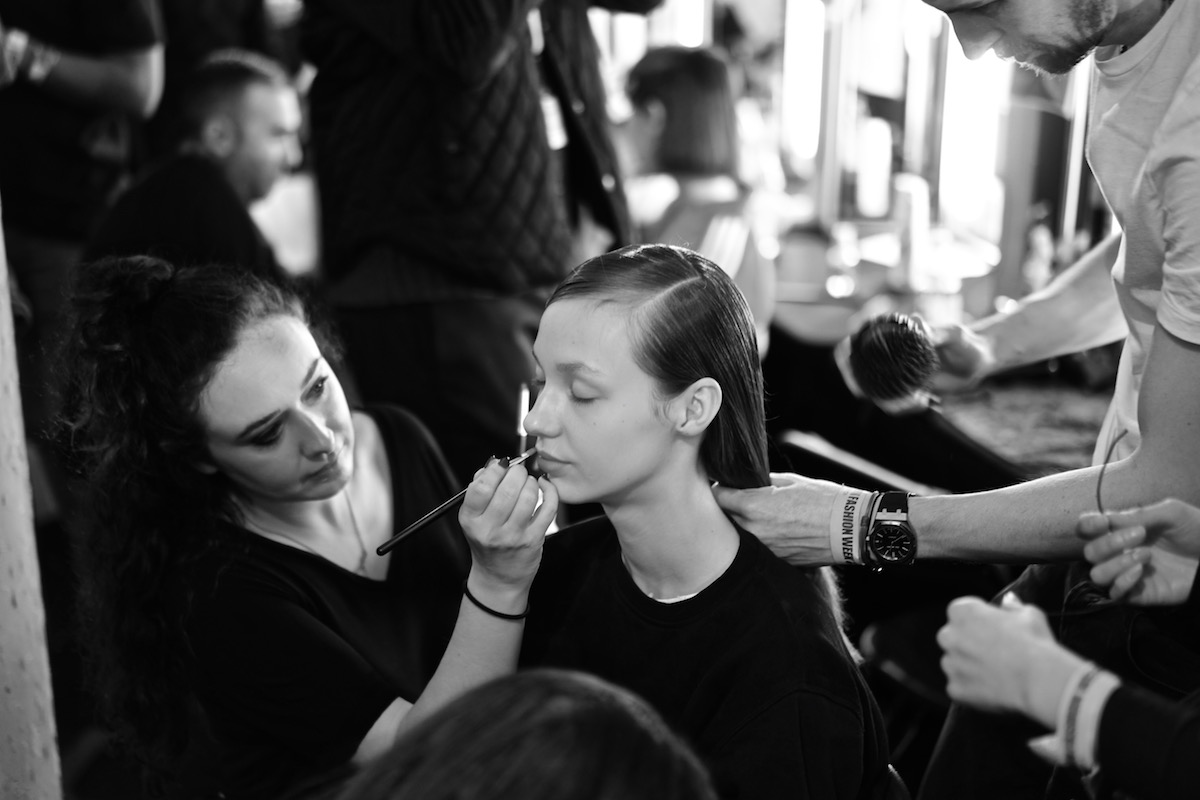 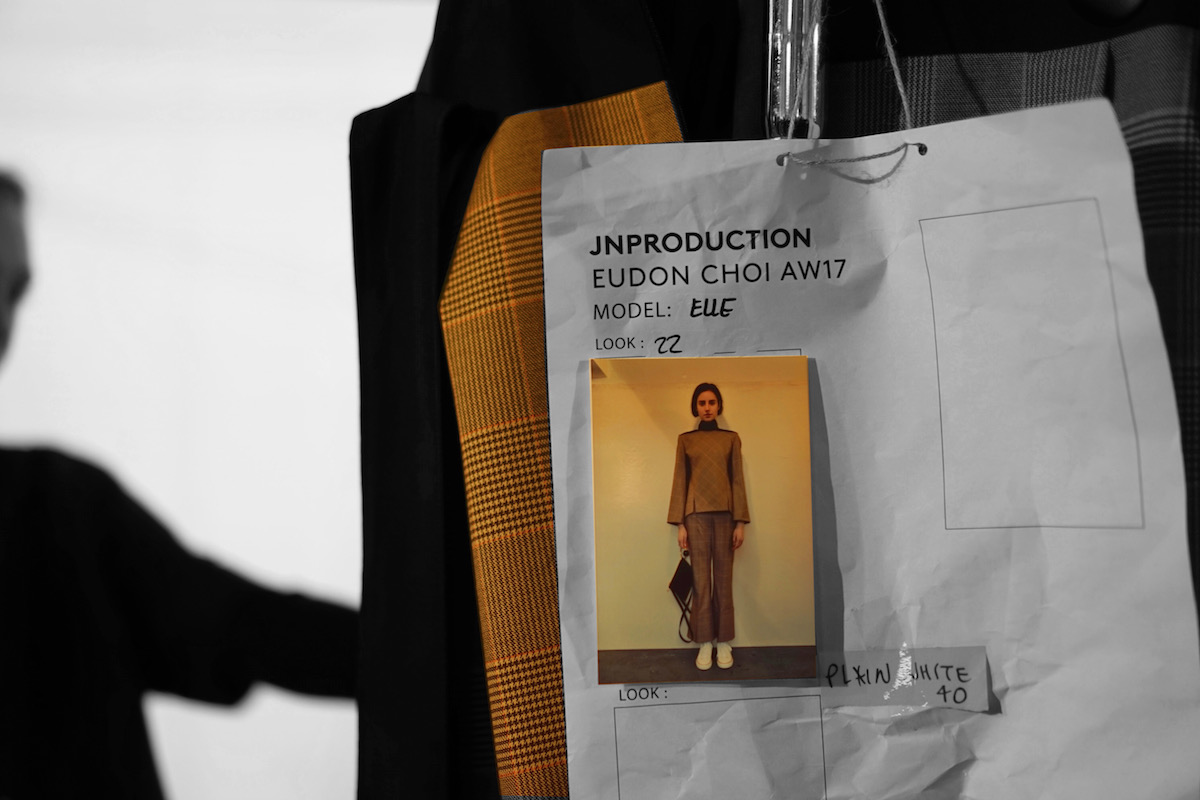 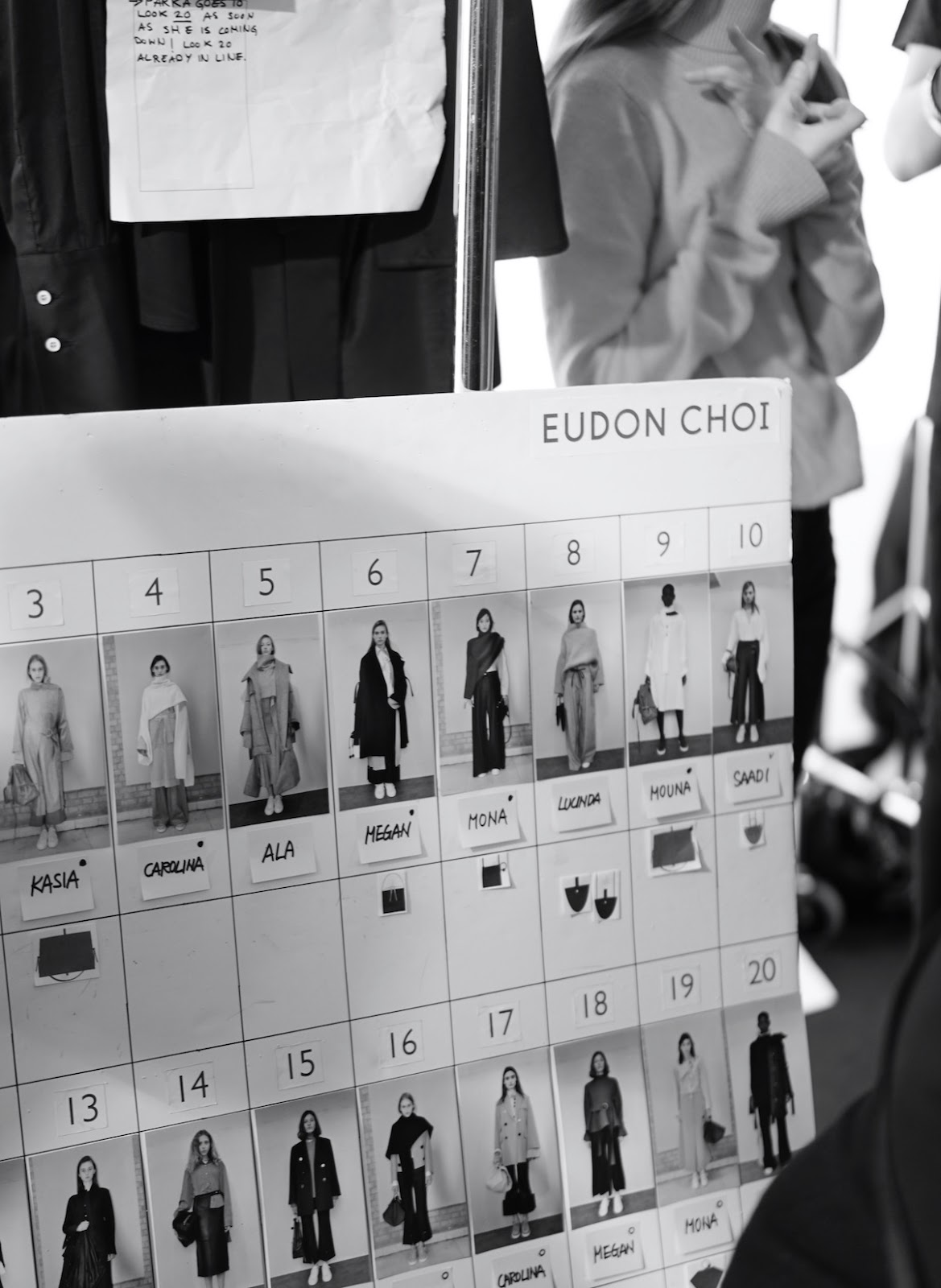 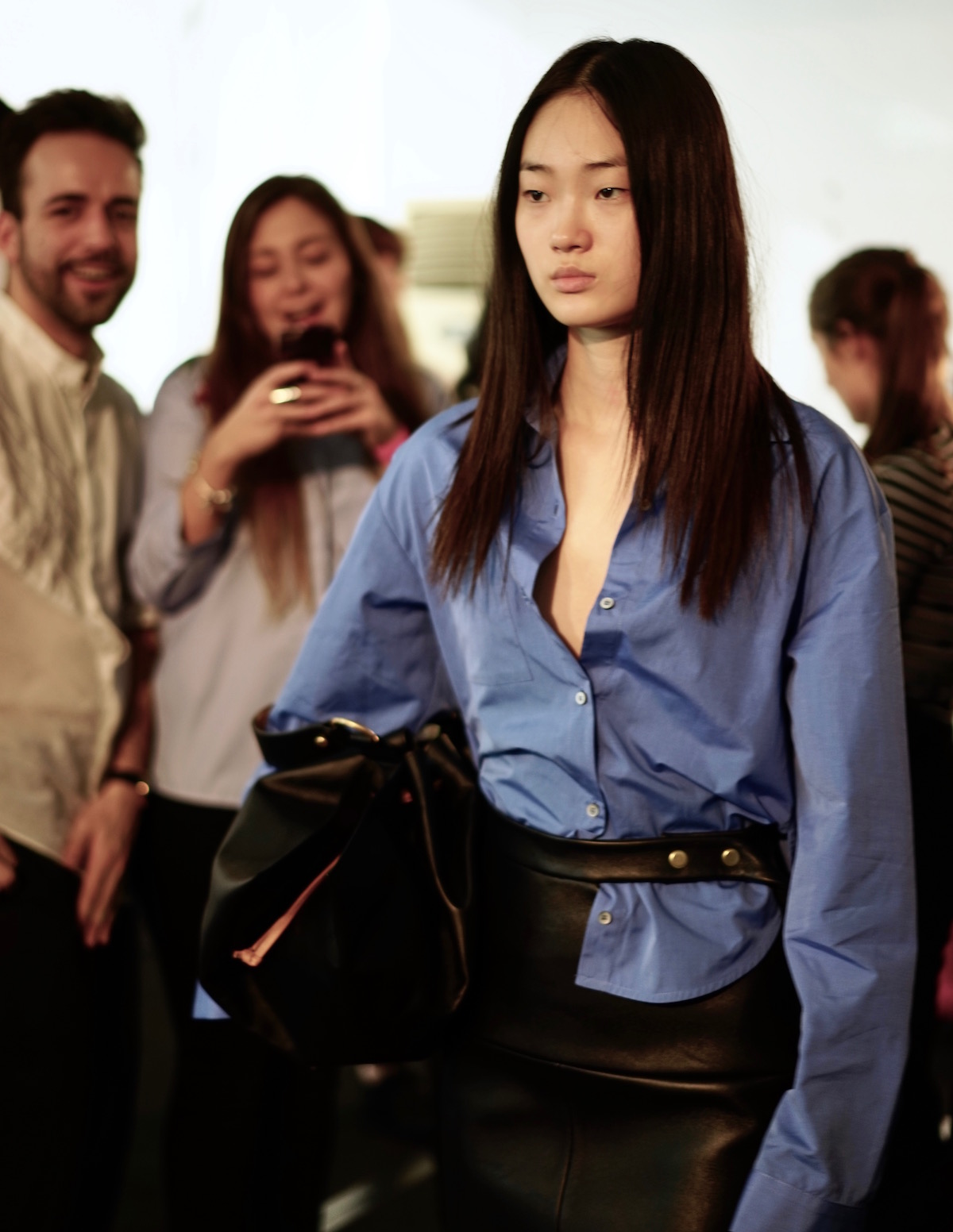 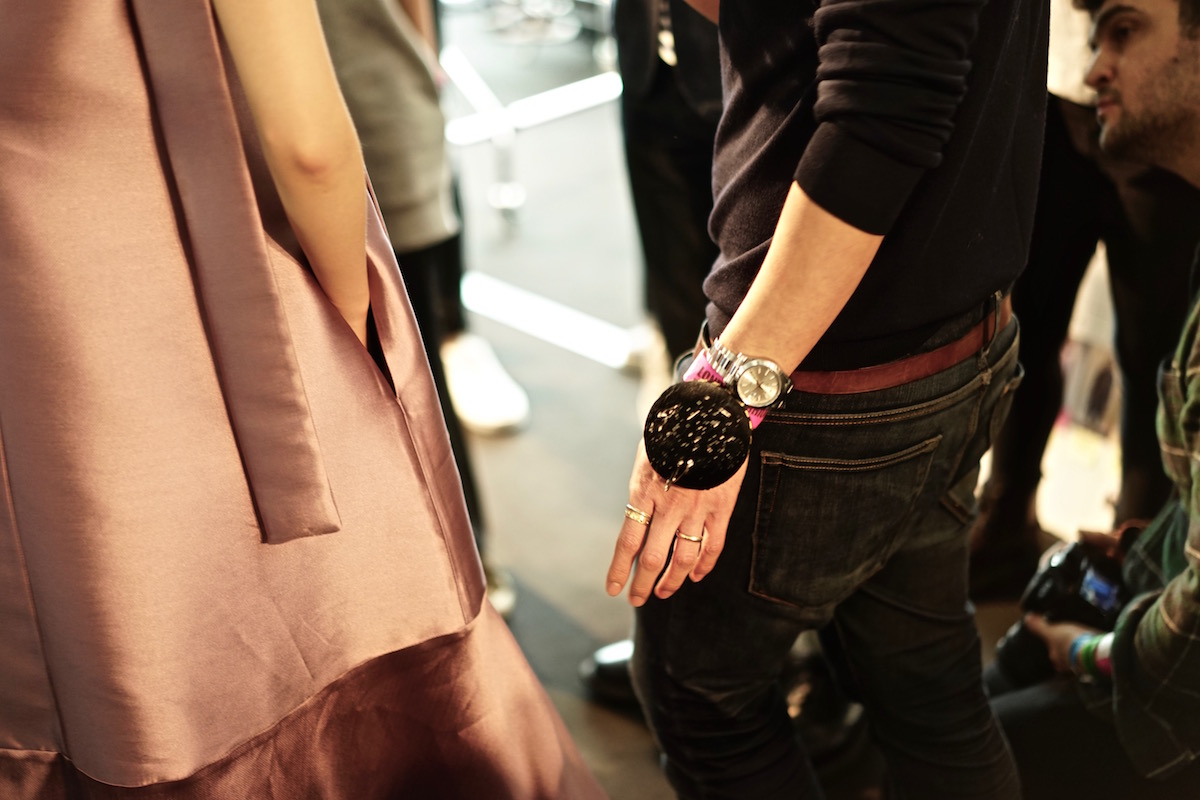 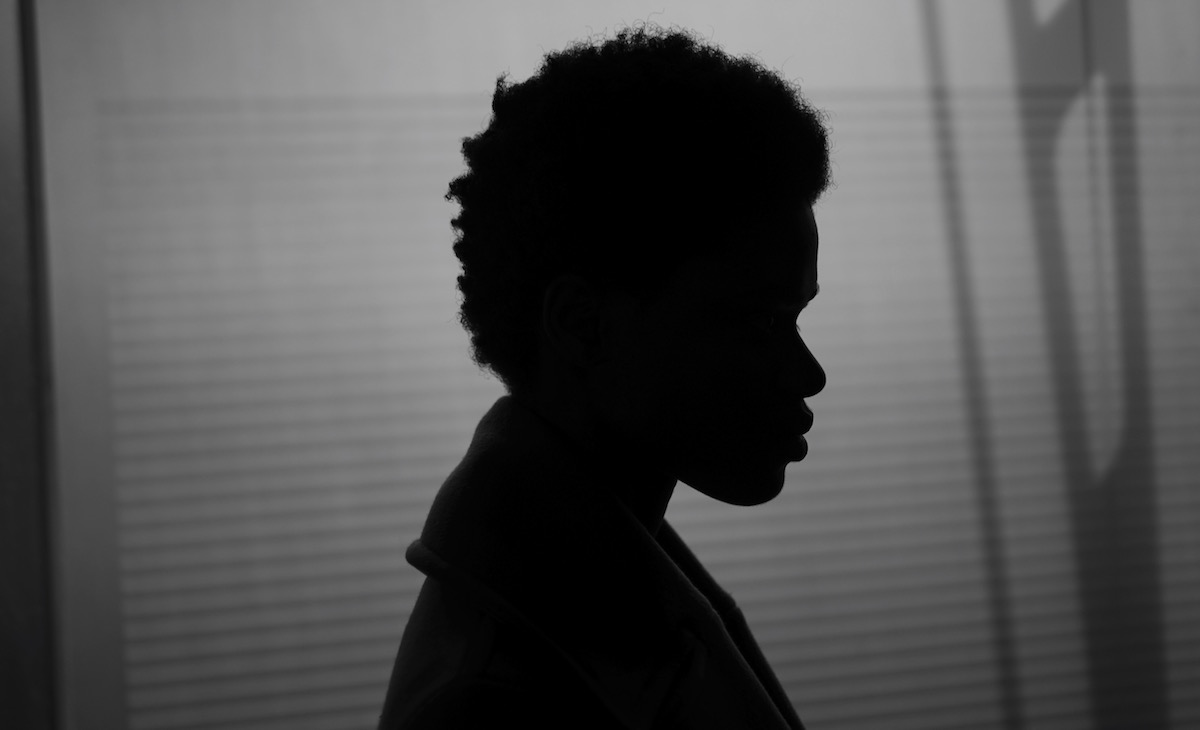 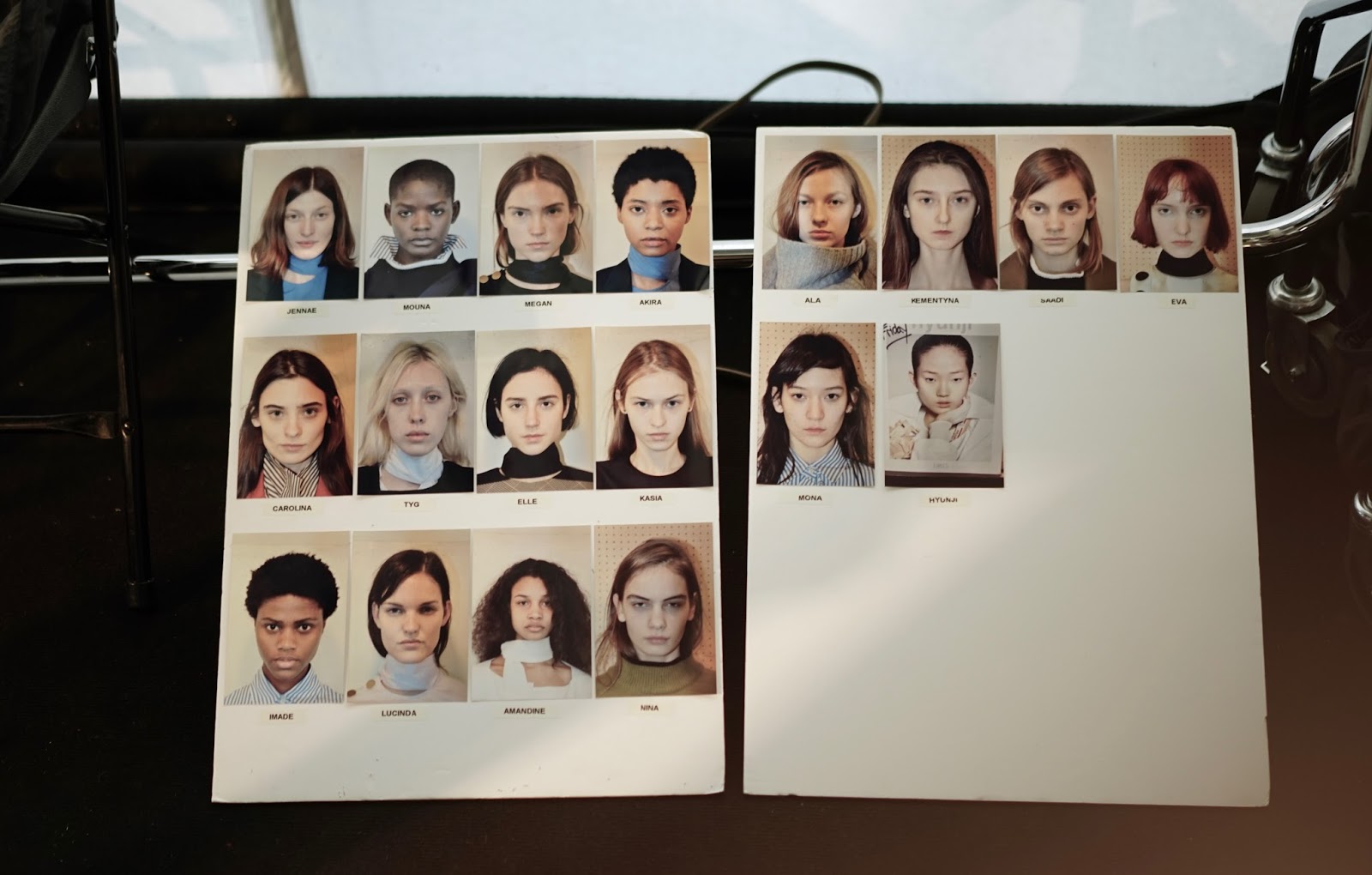 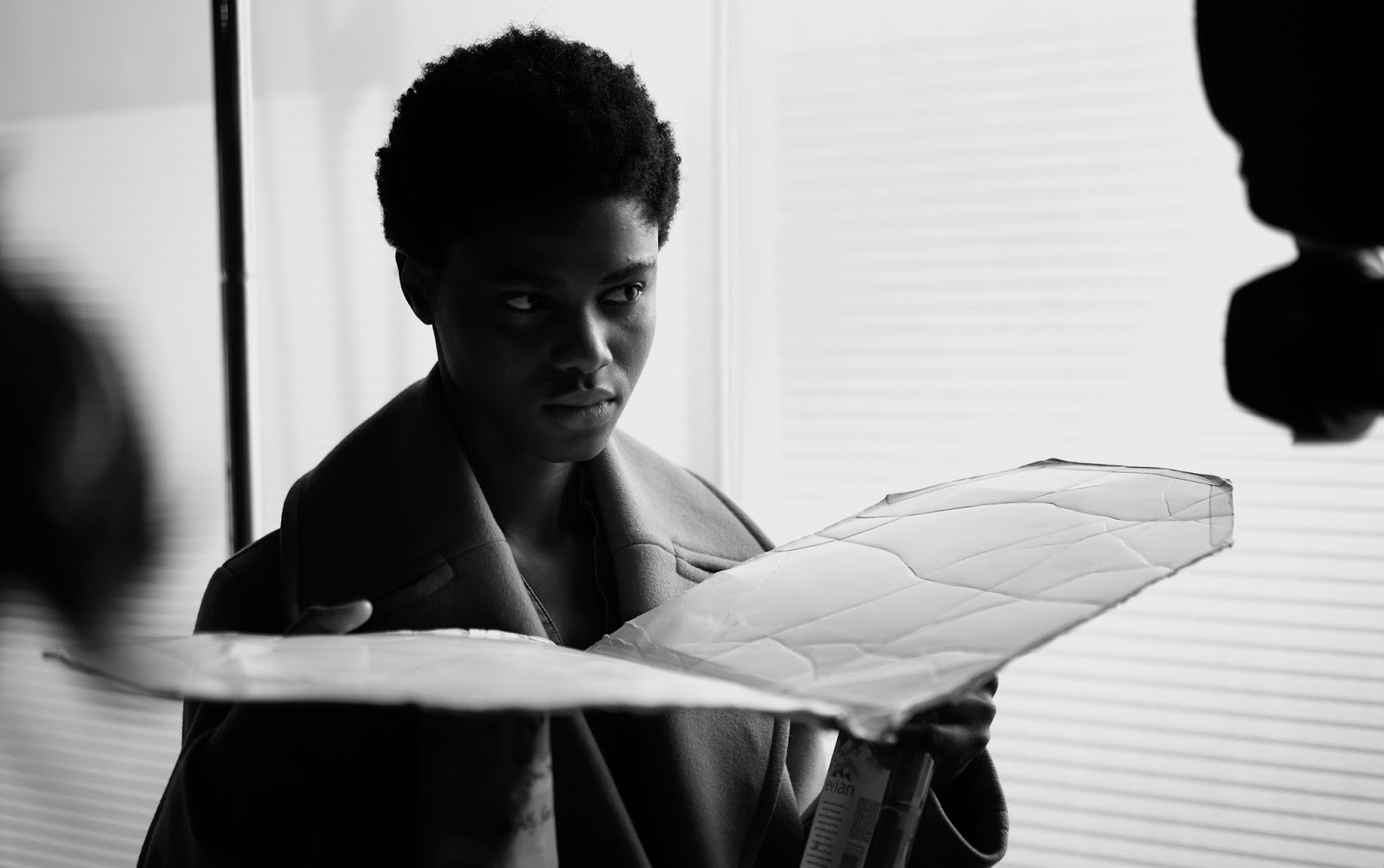 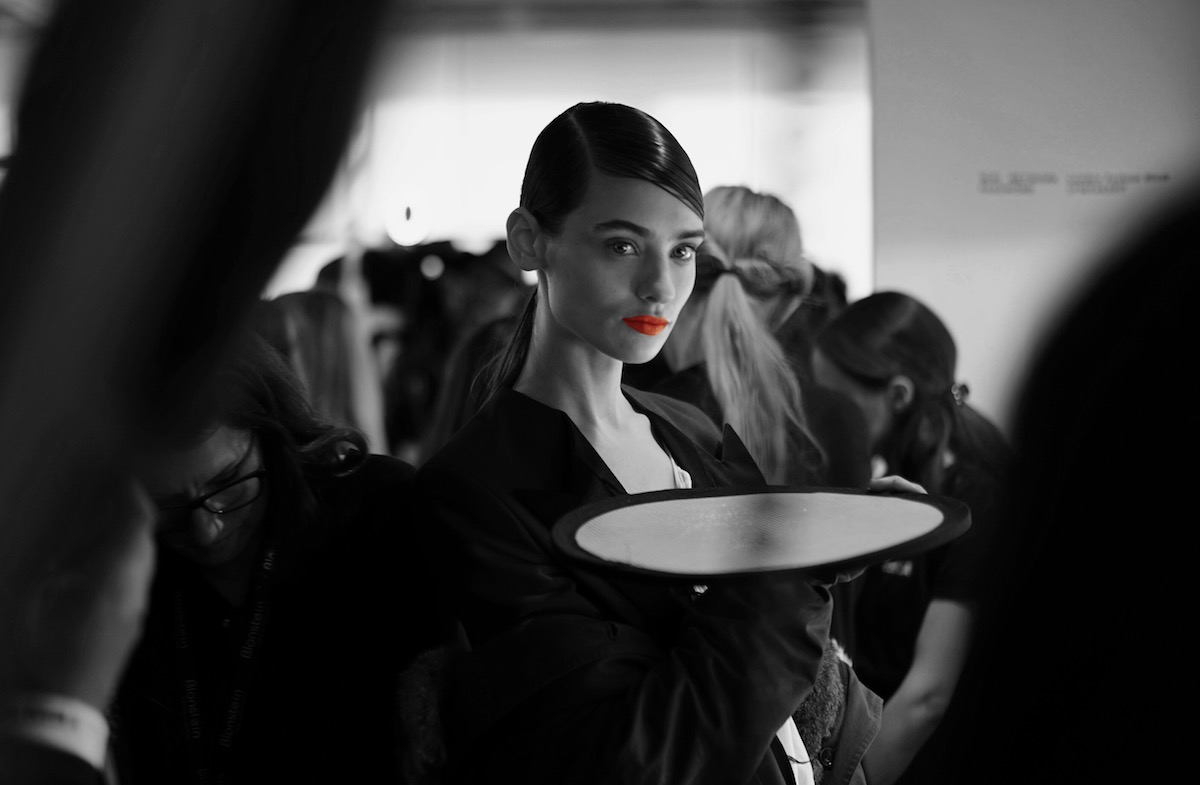 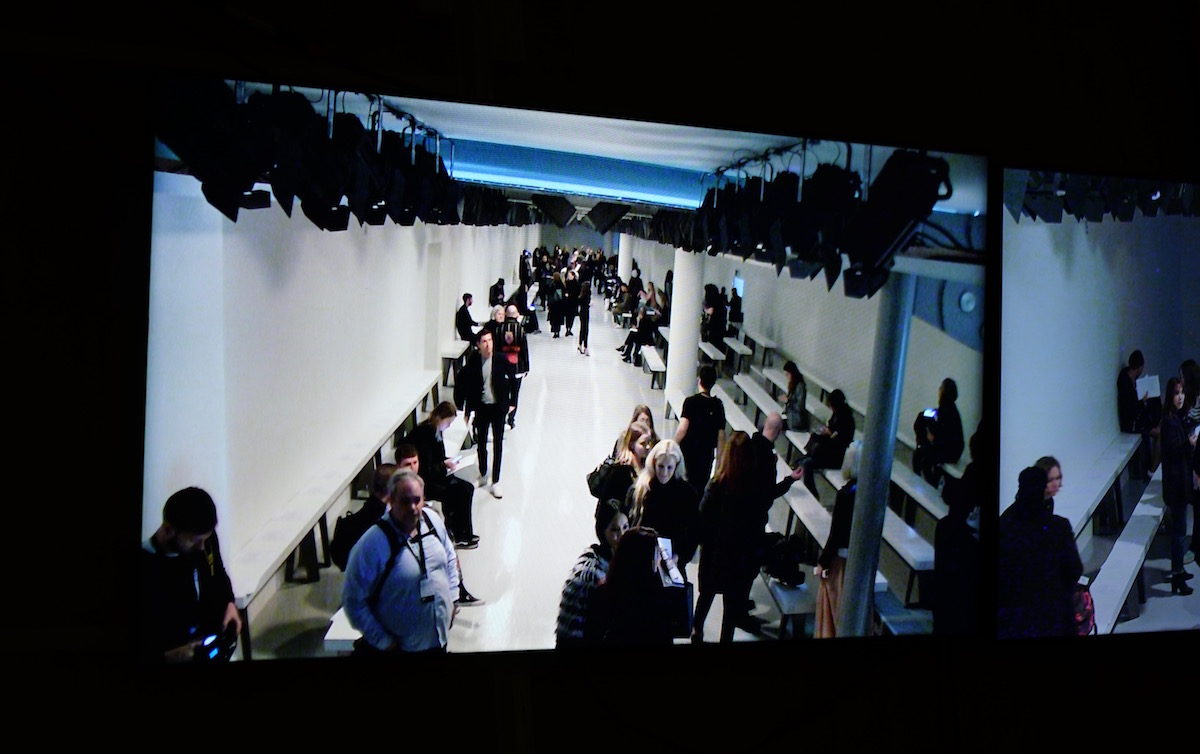 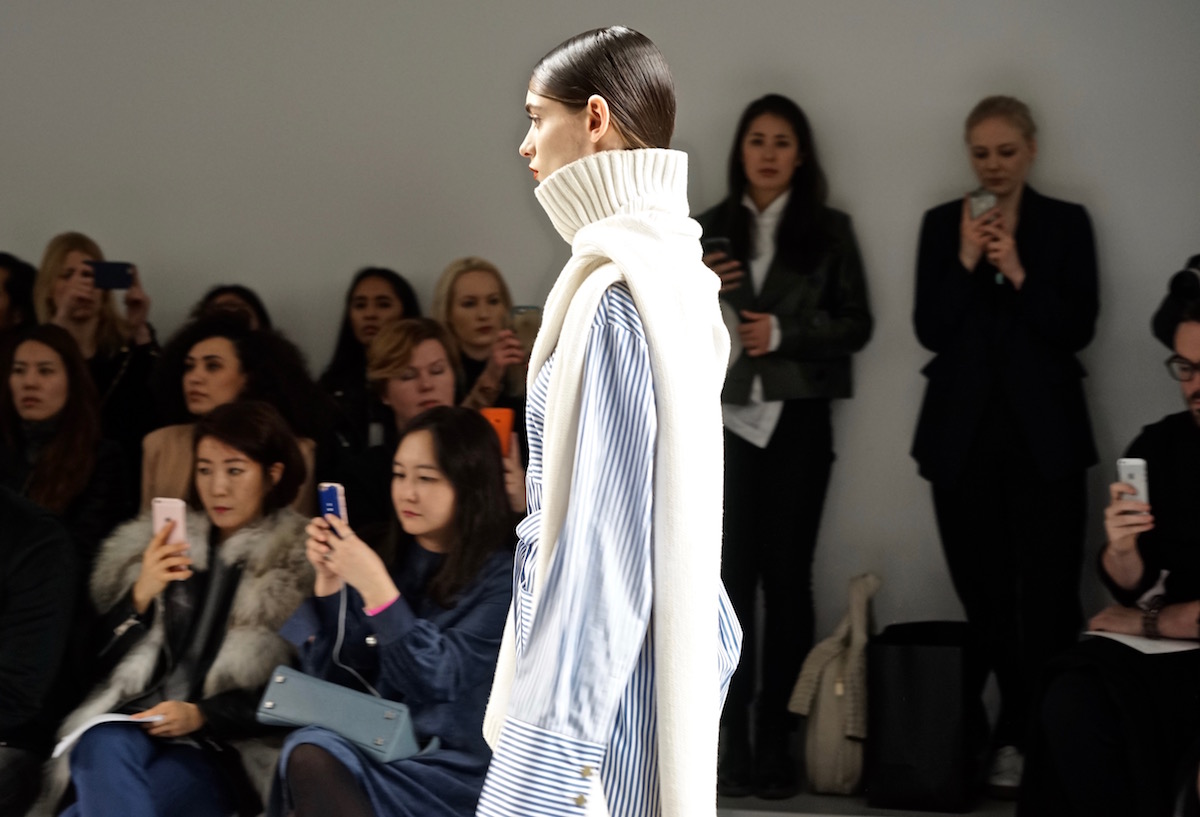 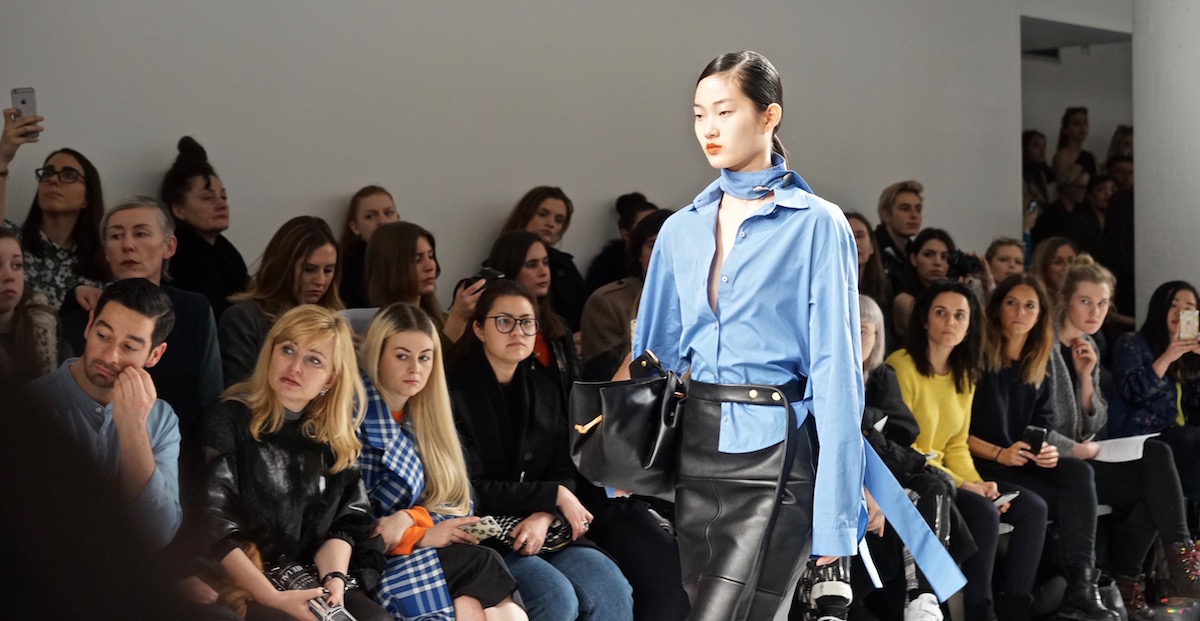 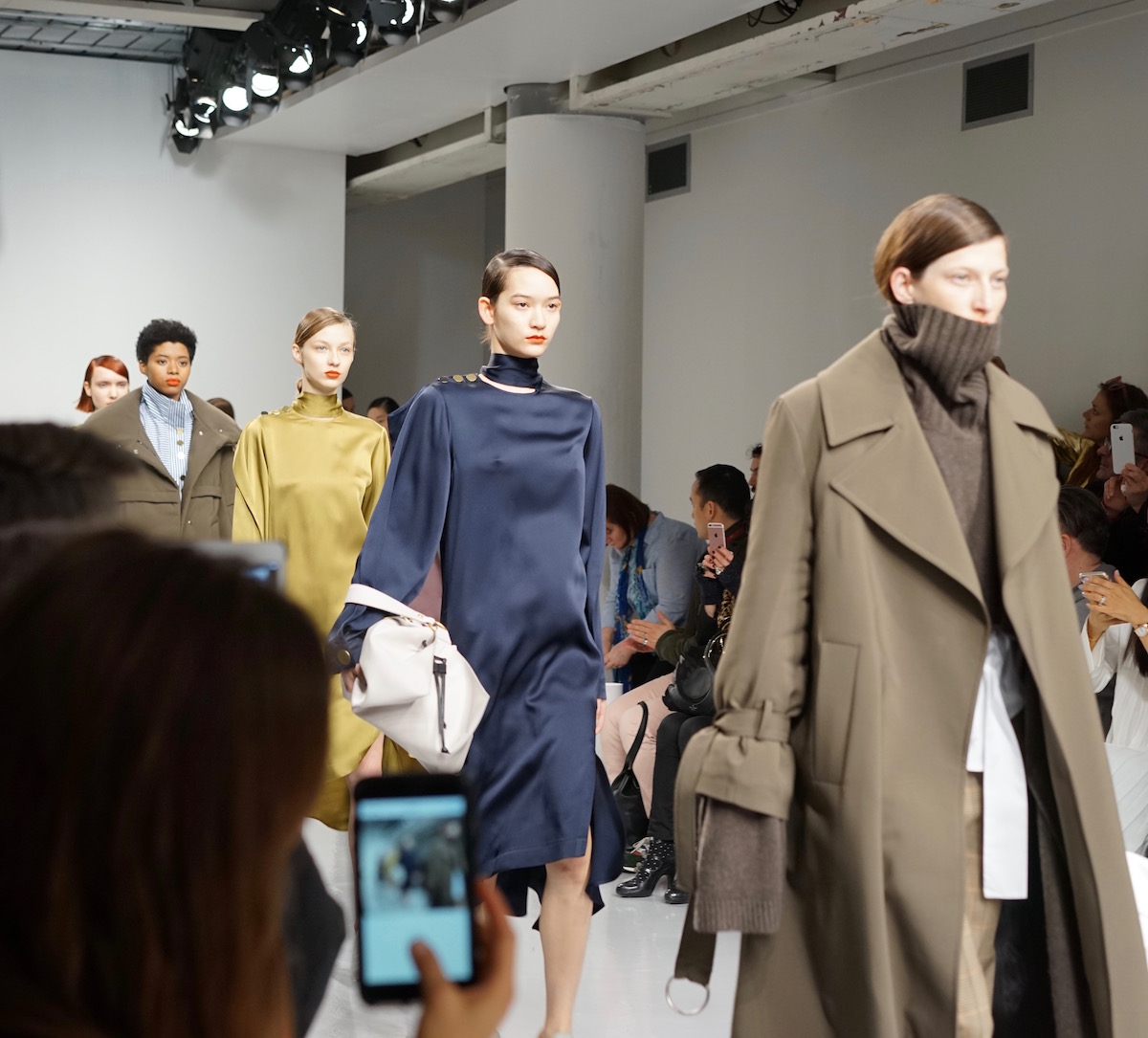 My first experience of London Fashion Week was many years ago, as an intern working backstage at the shows during university. Years later, I’m back, watching the new collections come down the runway, but it’s always amazing to head back behind the scenes to see what’s going on in preparation for those 10 minutes of action. This season I was invited backstage at Eudon Choi, so I’m taking you with me! As soon as I walked through the doors I was thrust into a sea of people… Photographers, models, make up artists, hairstylists… the list goes on. The girls were getting a bold orange lip, with sleek shiny ponytails and it was all hands on deck as the last models arrived from the previous show. In the dressing area Eudon and the team were making last minute styling changes to a couple of the looks, whilst the made up models were getting their closeups. As the final call was shouted out, I headed through to the front of house and took my seat in anticipation of the show.

The collection was inspired by the work of Austrian Czech architect Adolf Loos – focusing on his ethos of the elimination of adornment and capturing his minimalist attitudes towards design. Tailoring was balanced with chunky knitwear, liquid satins and oversized outerwear, and it really was a beautiful collection. Eudon ran out to cheers and applause and as the spotlights went down the crowd were up and off, scurrying out to the next on a long list of appointments and shows.

Thank you to Bell Pottinger and Eudon Choi for the invitation.