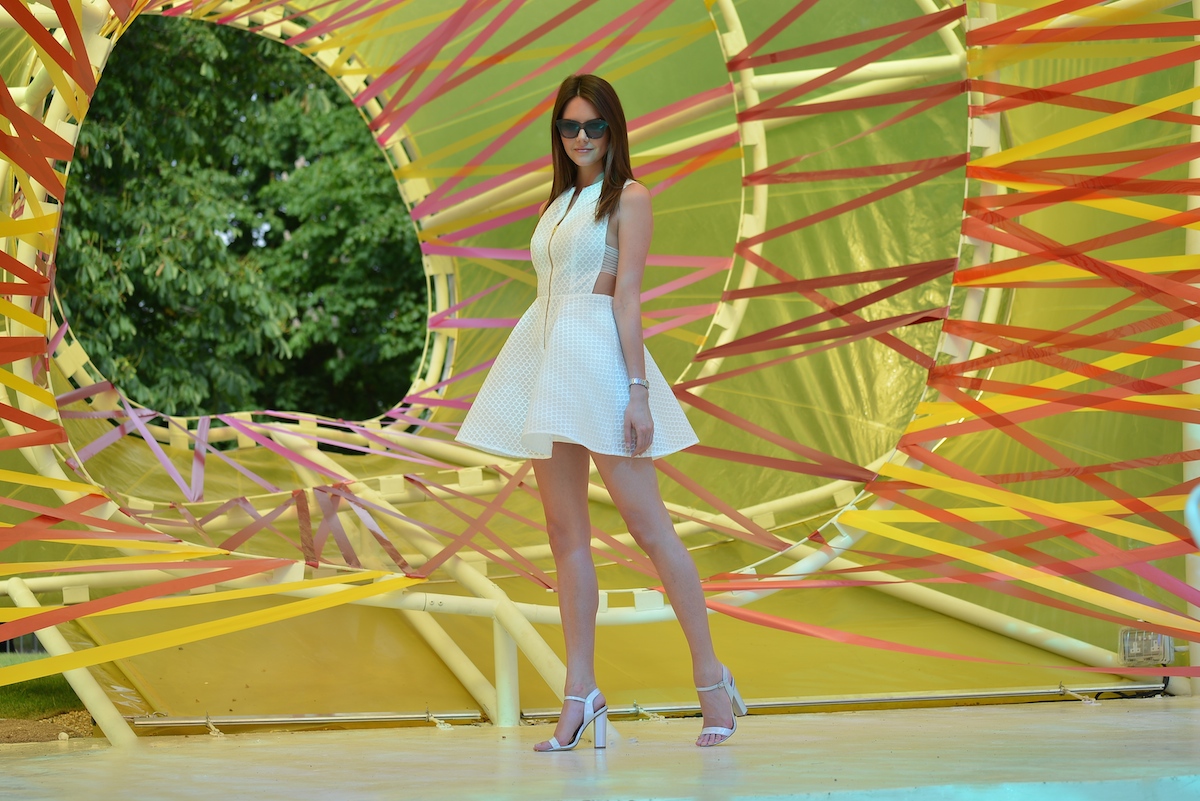 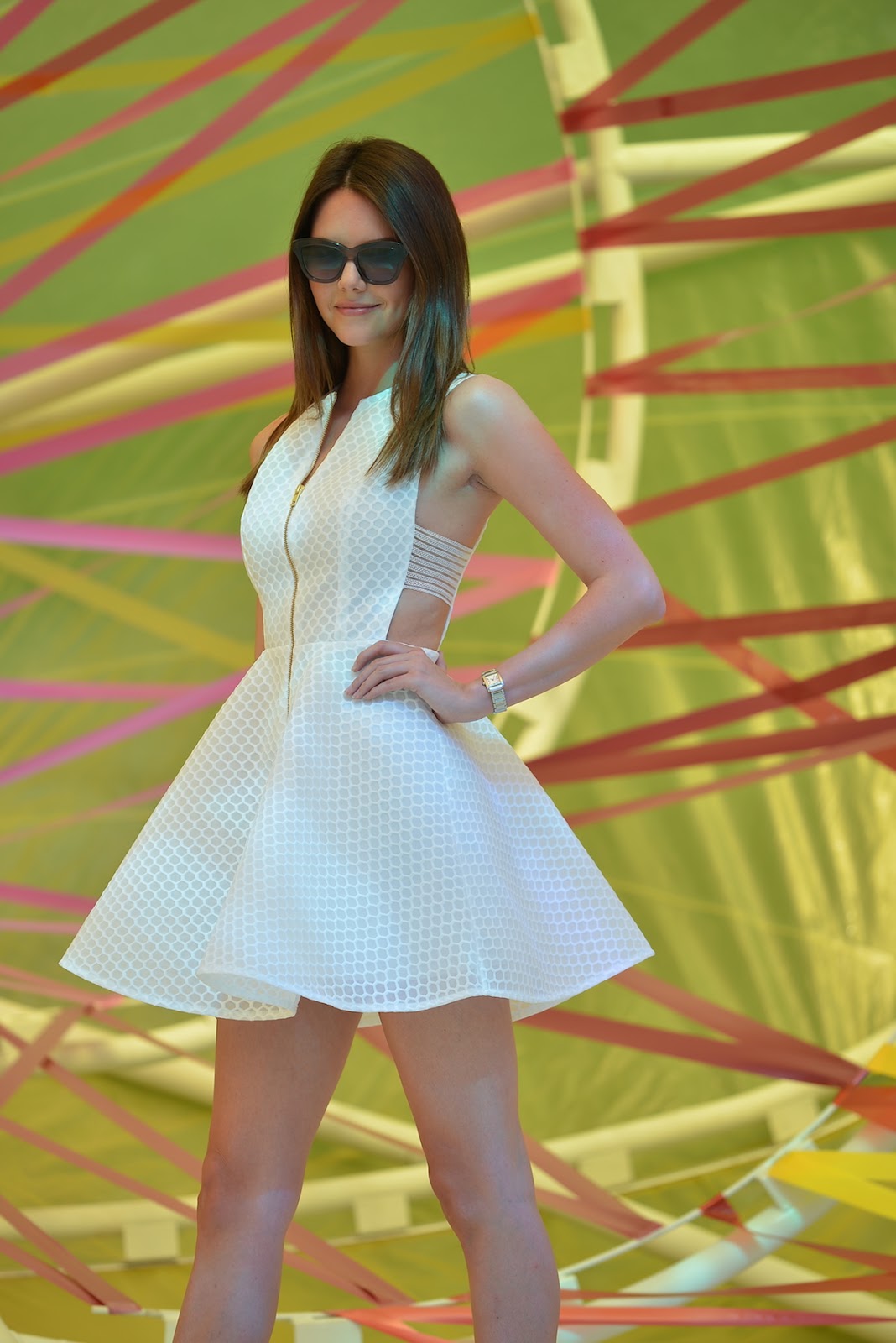 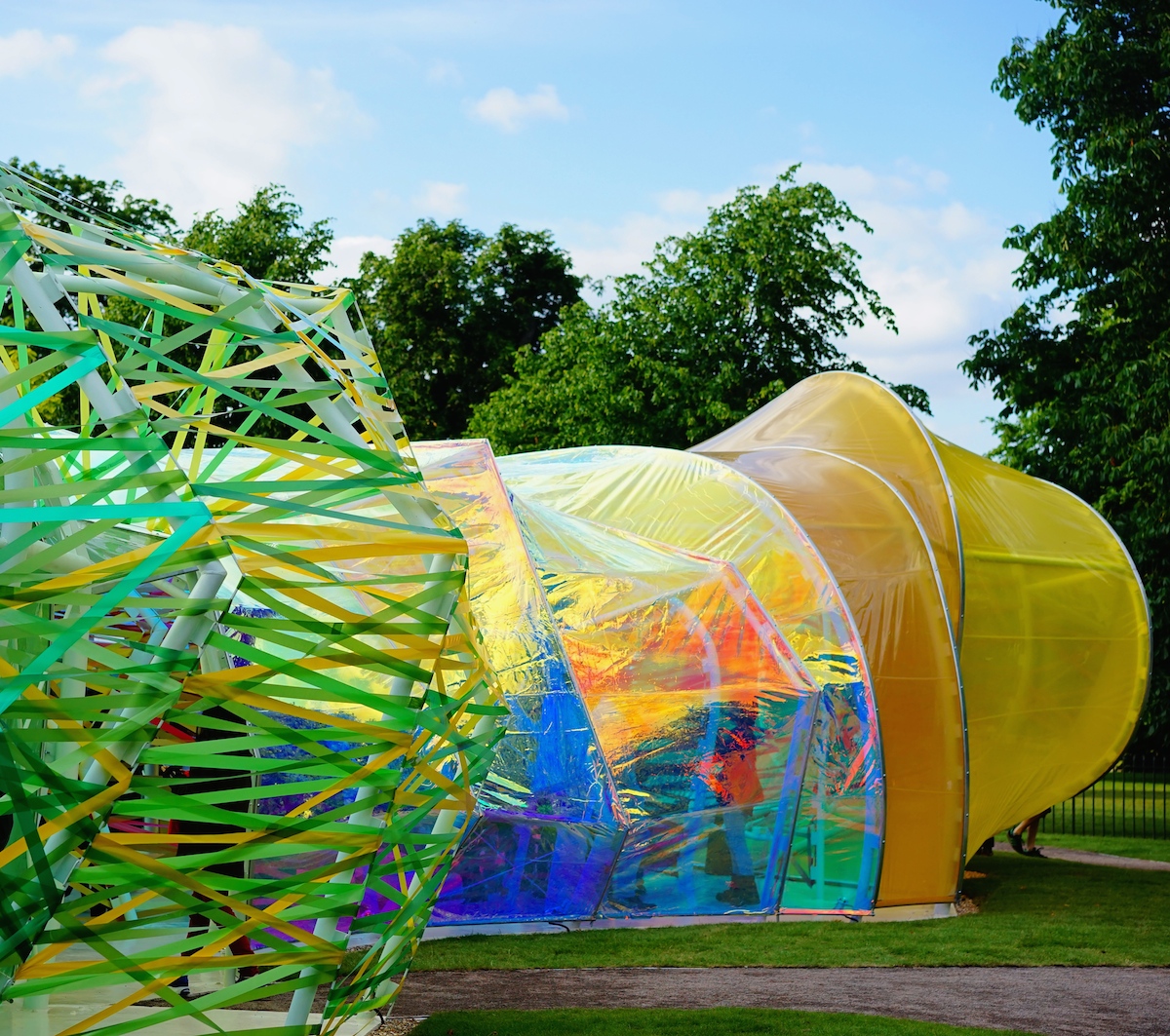 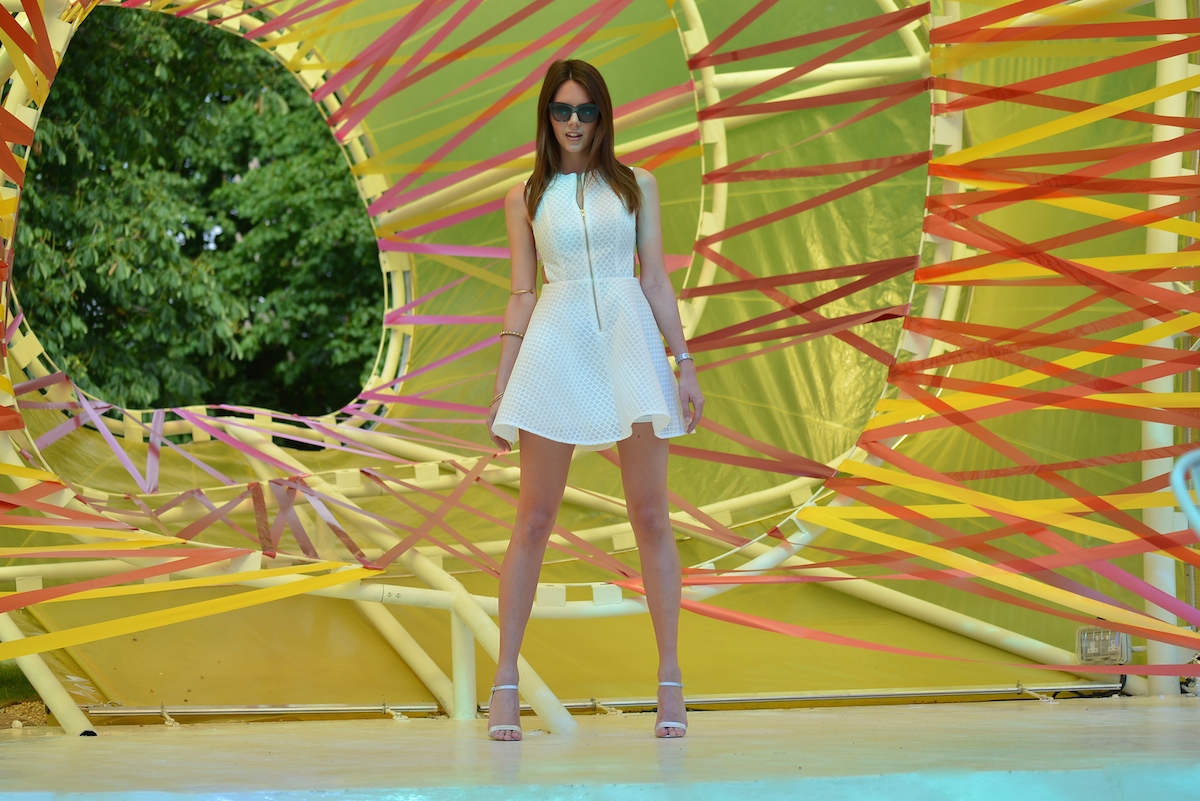 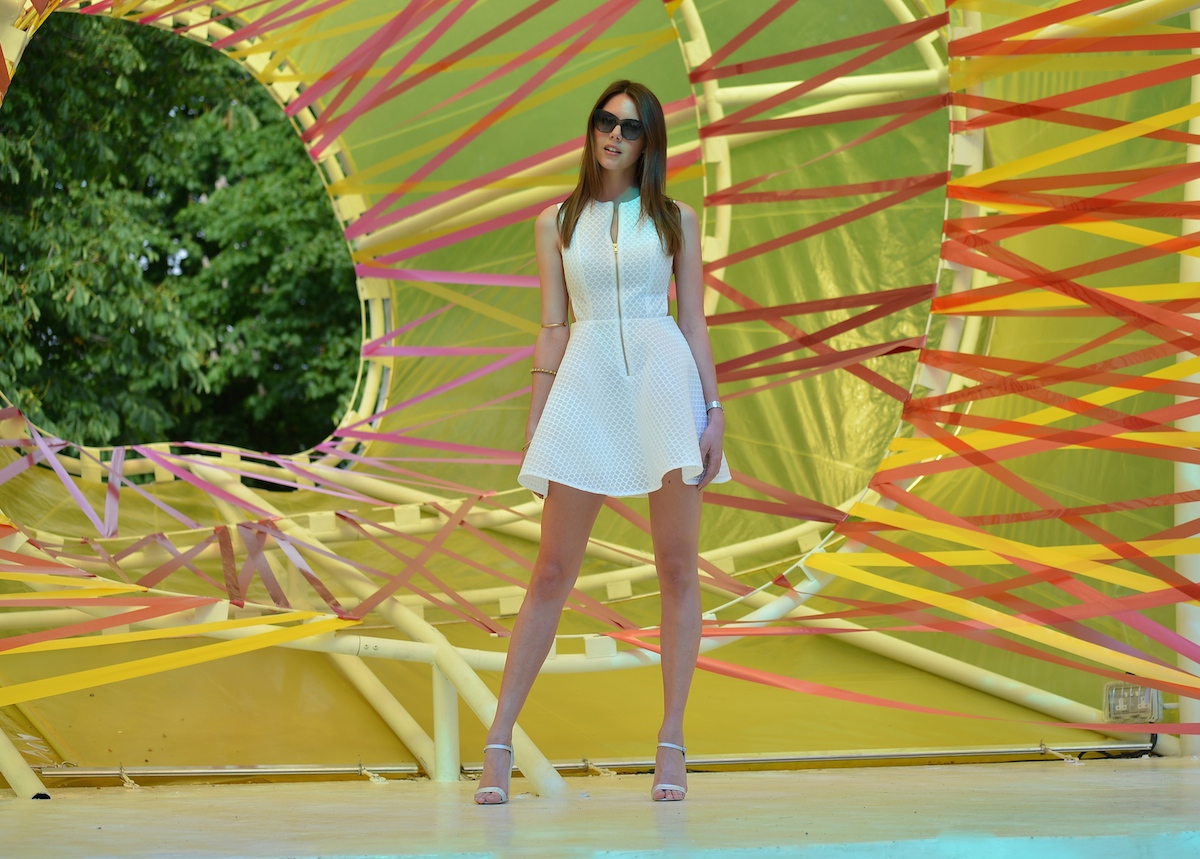 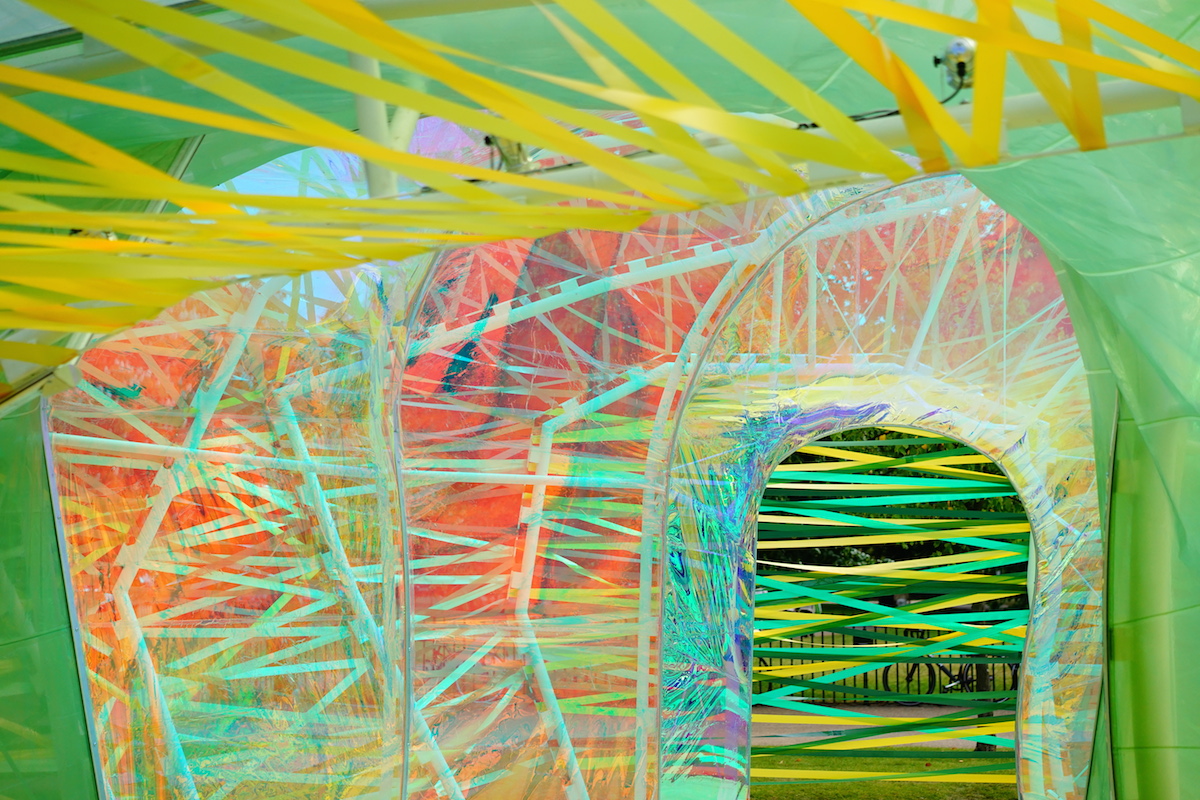 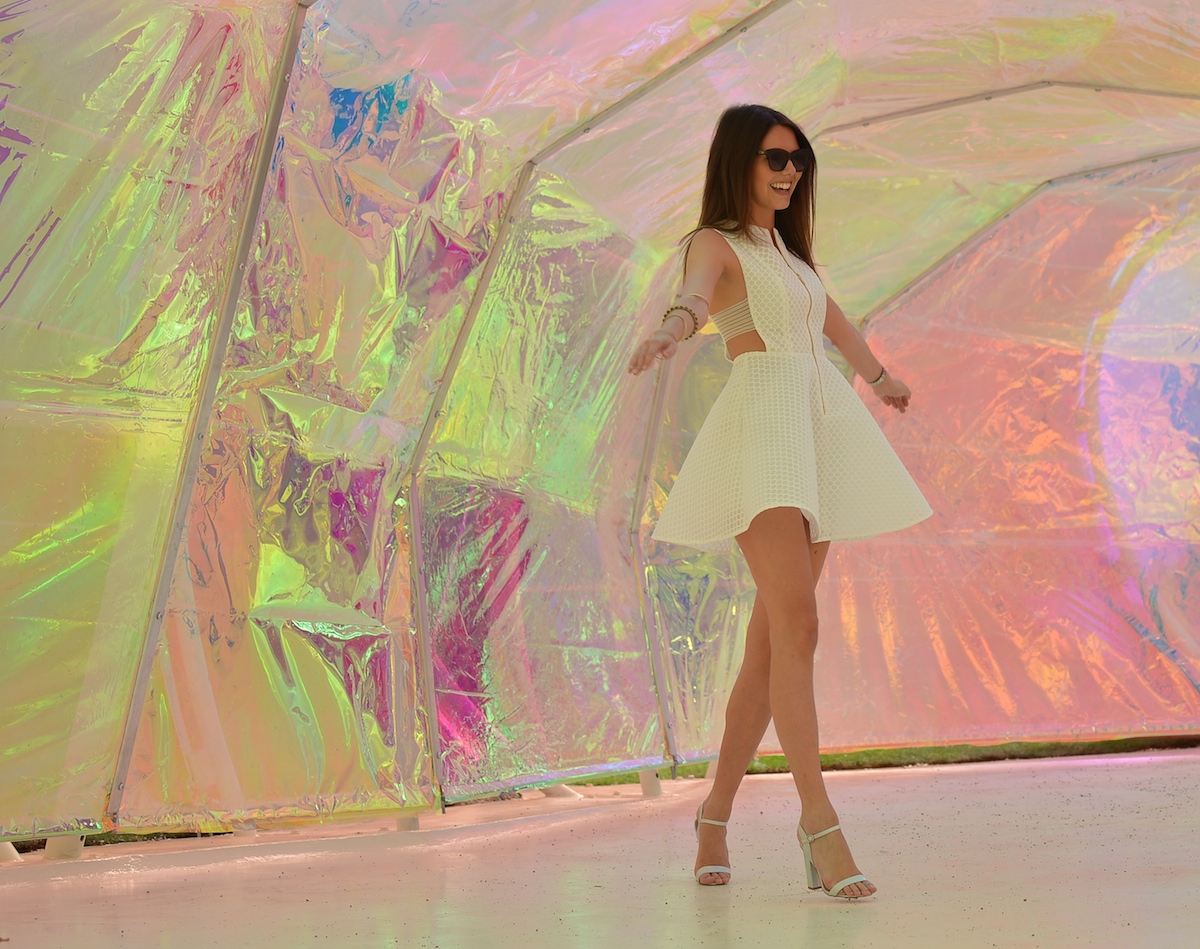 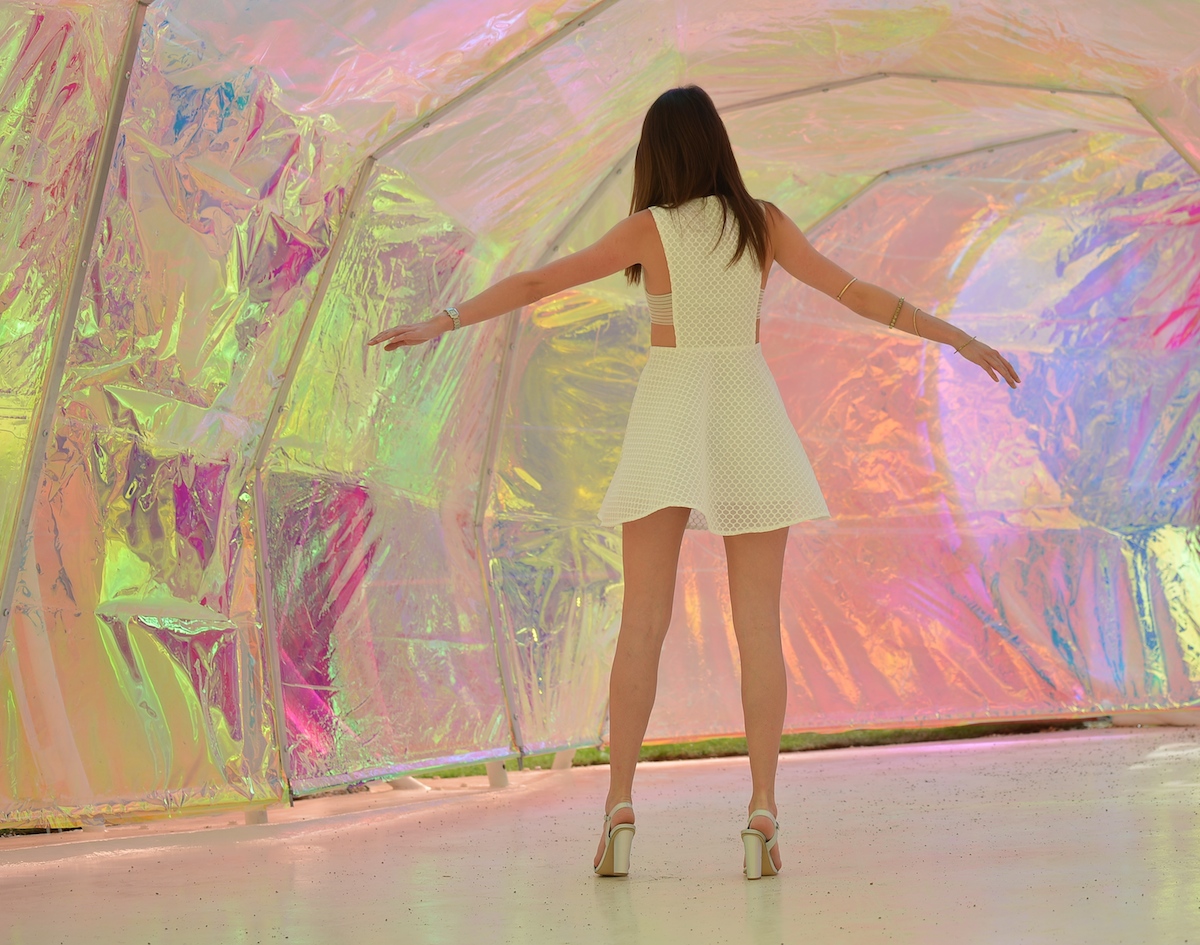 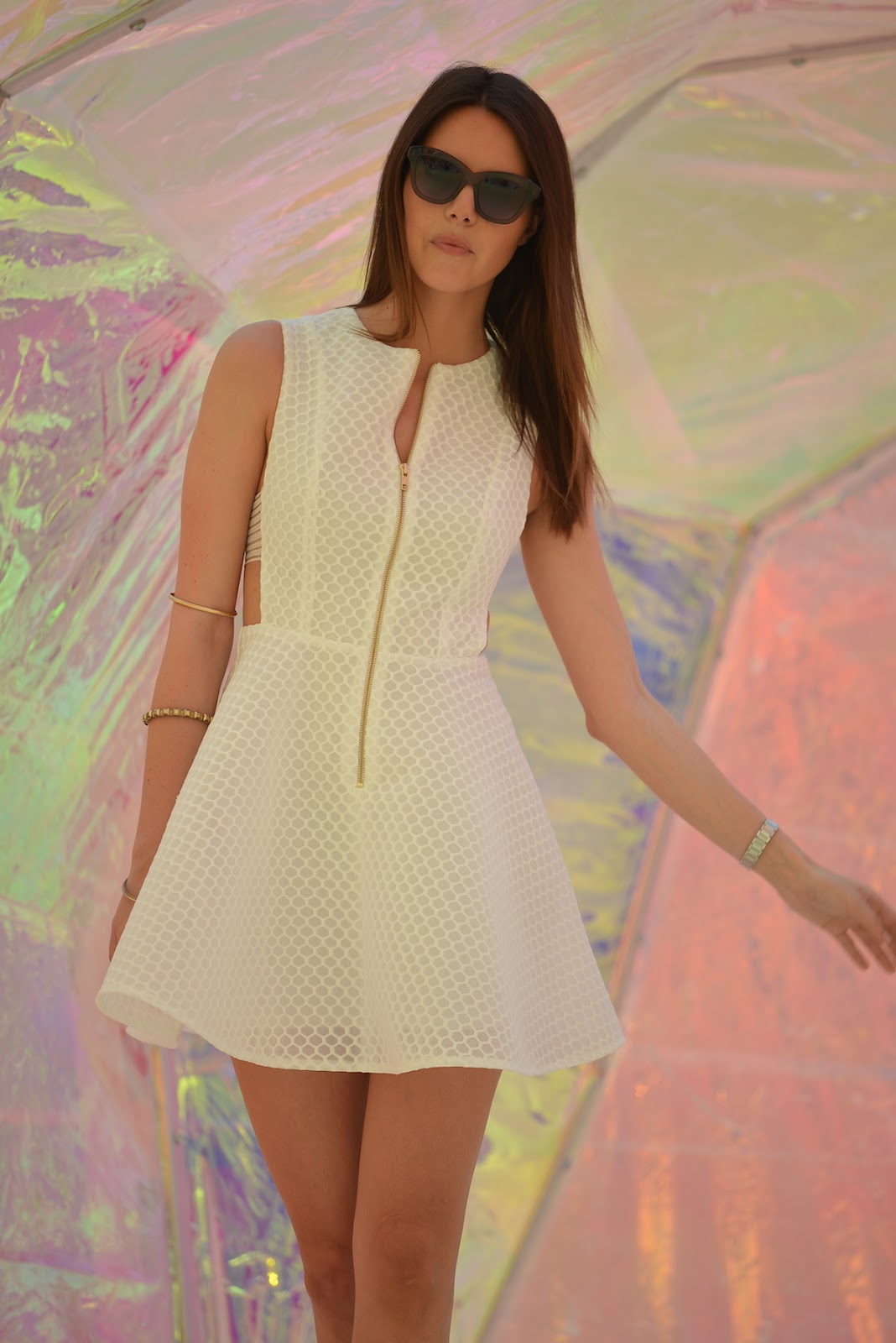 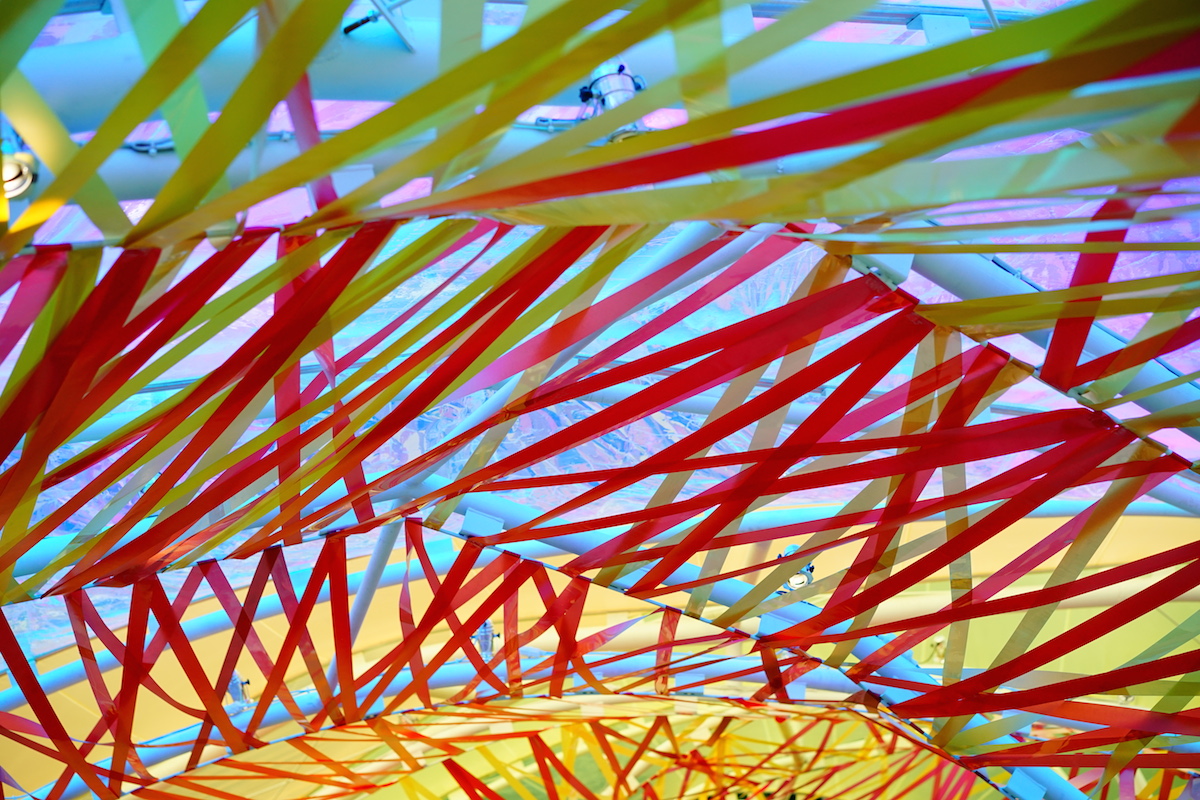 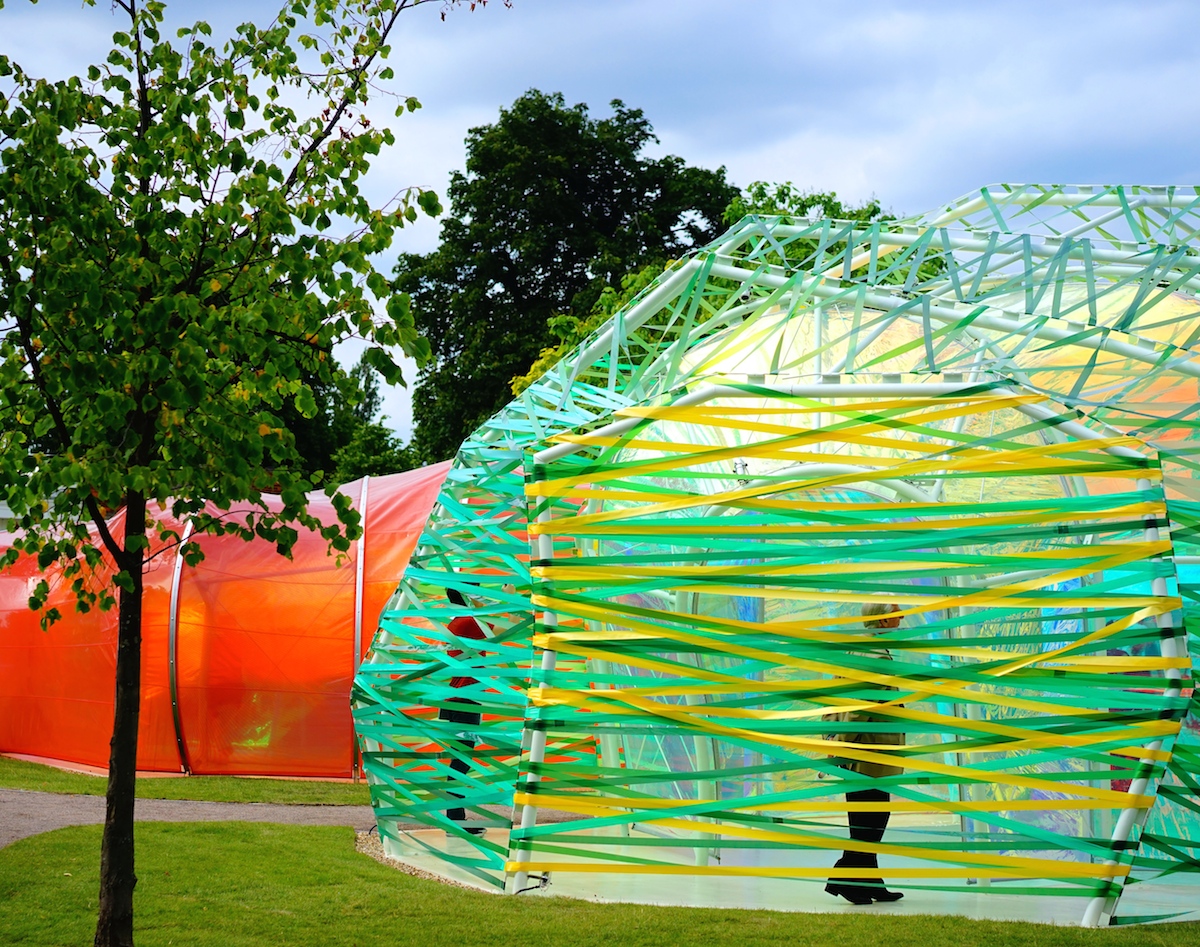 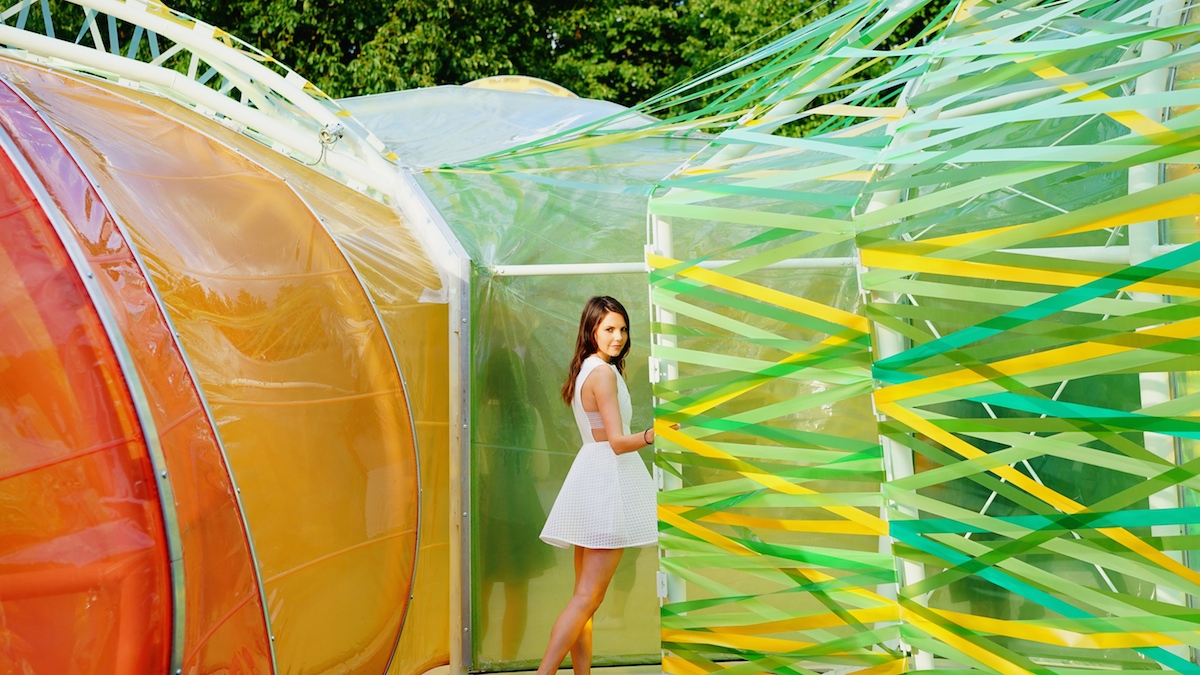 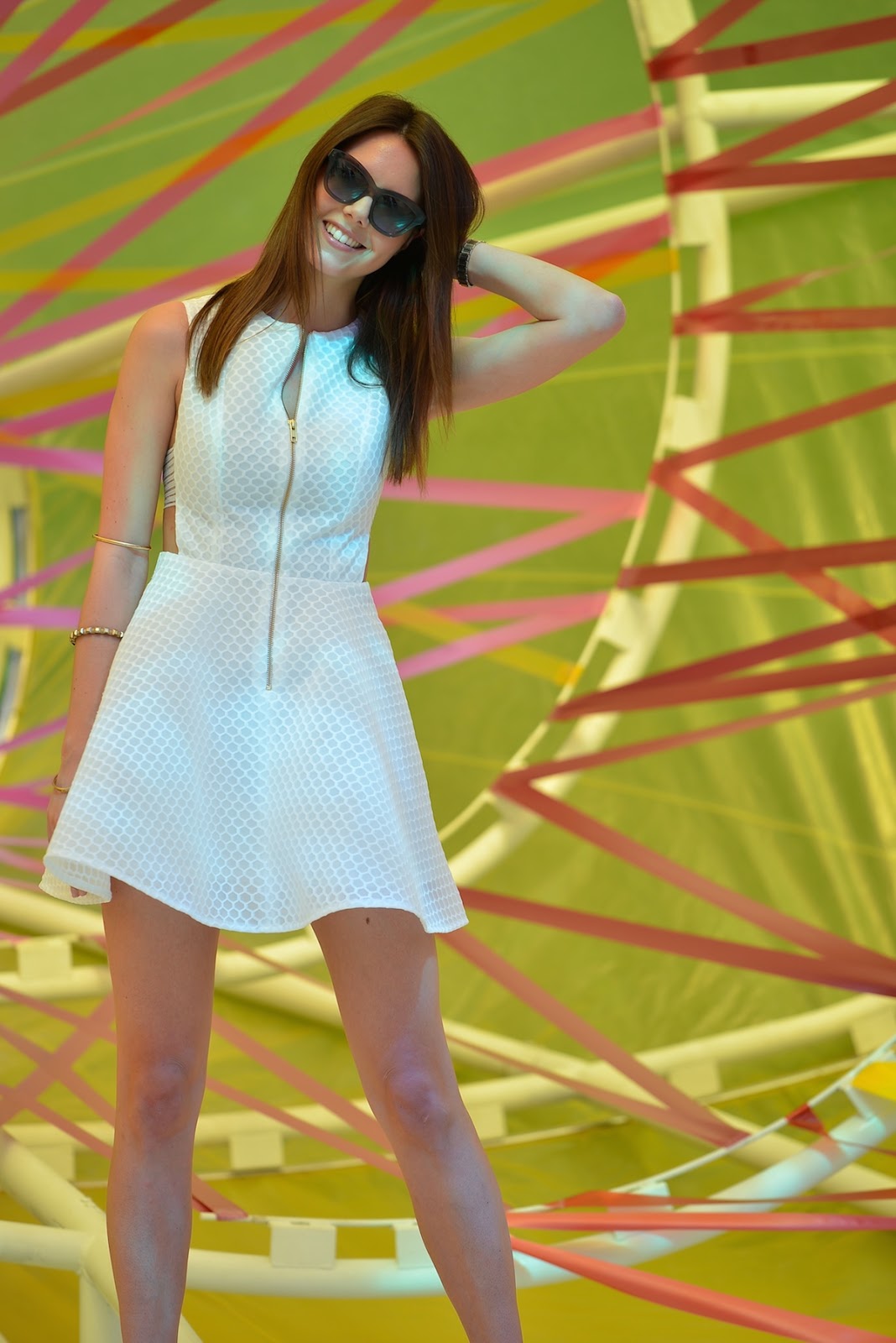 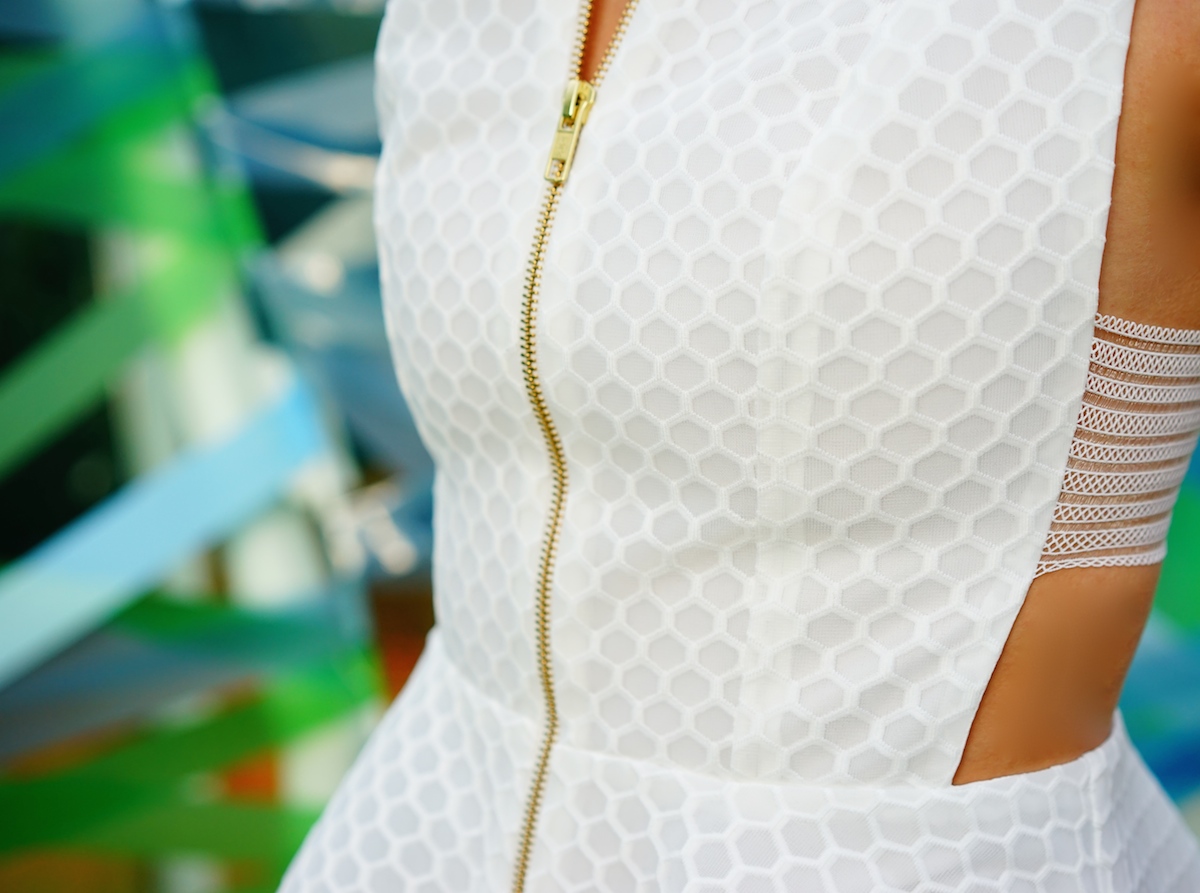 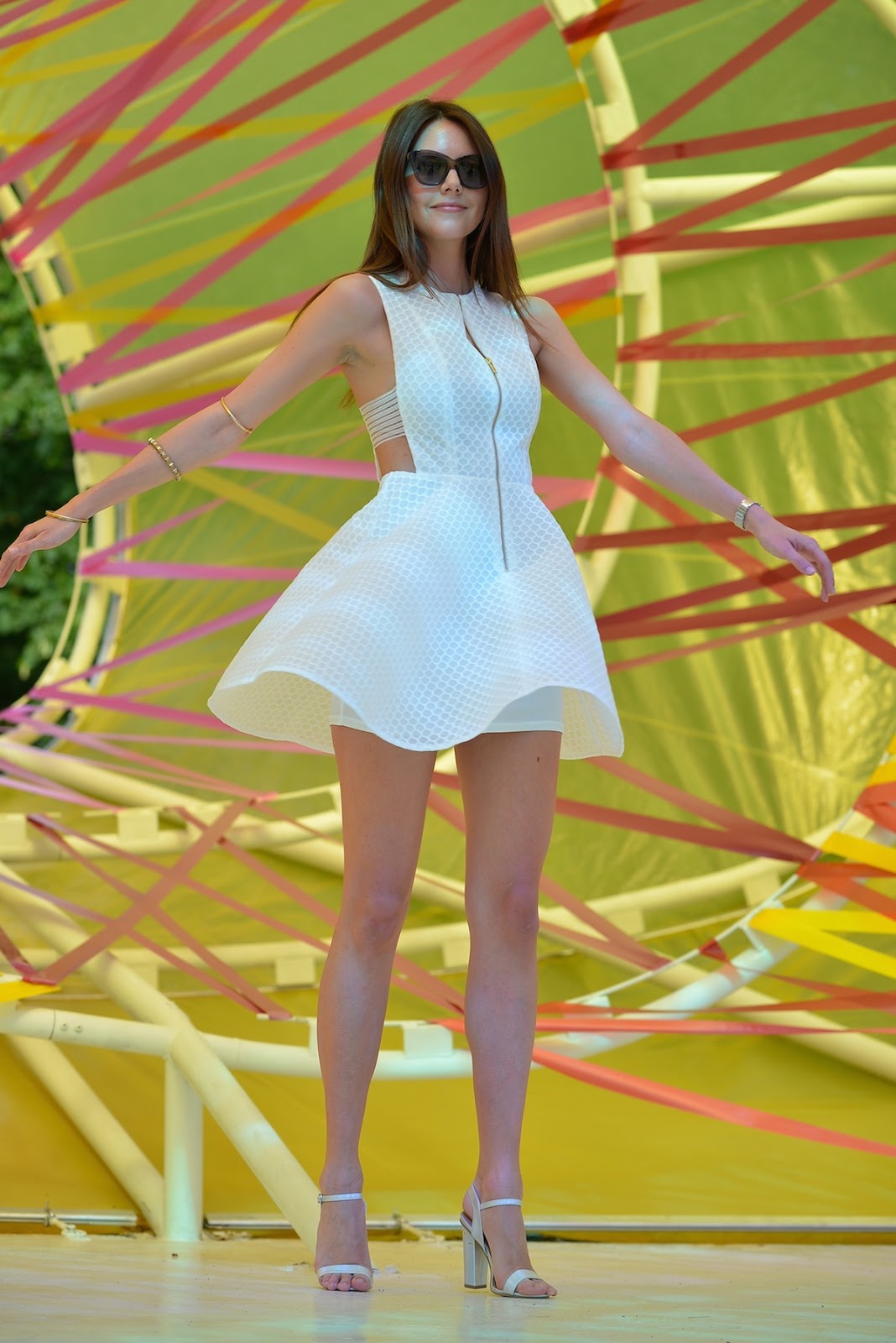 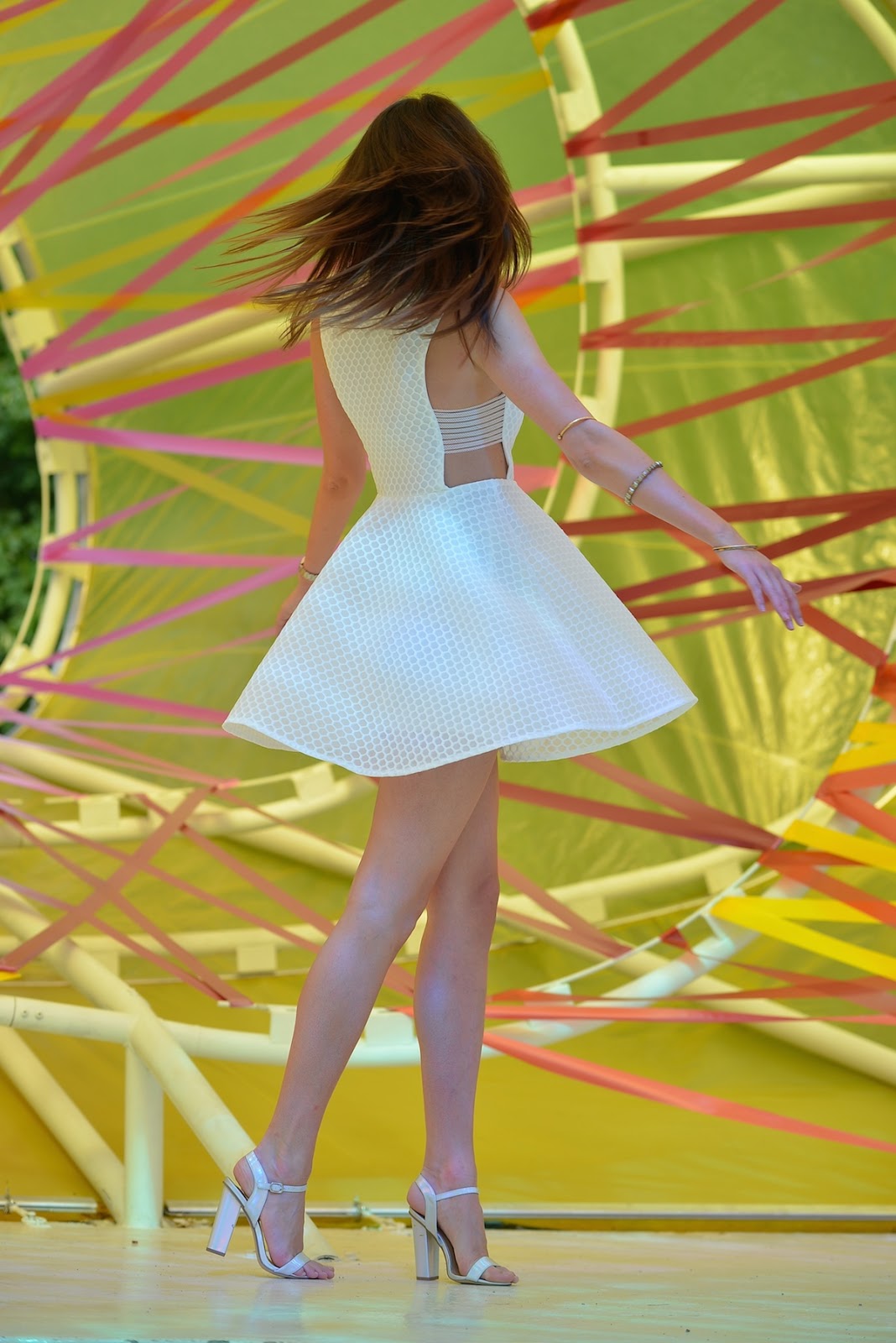 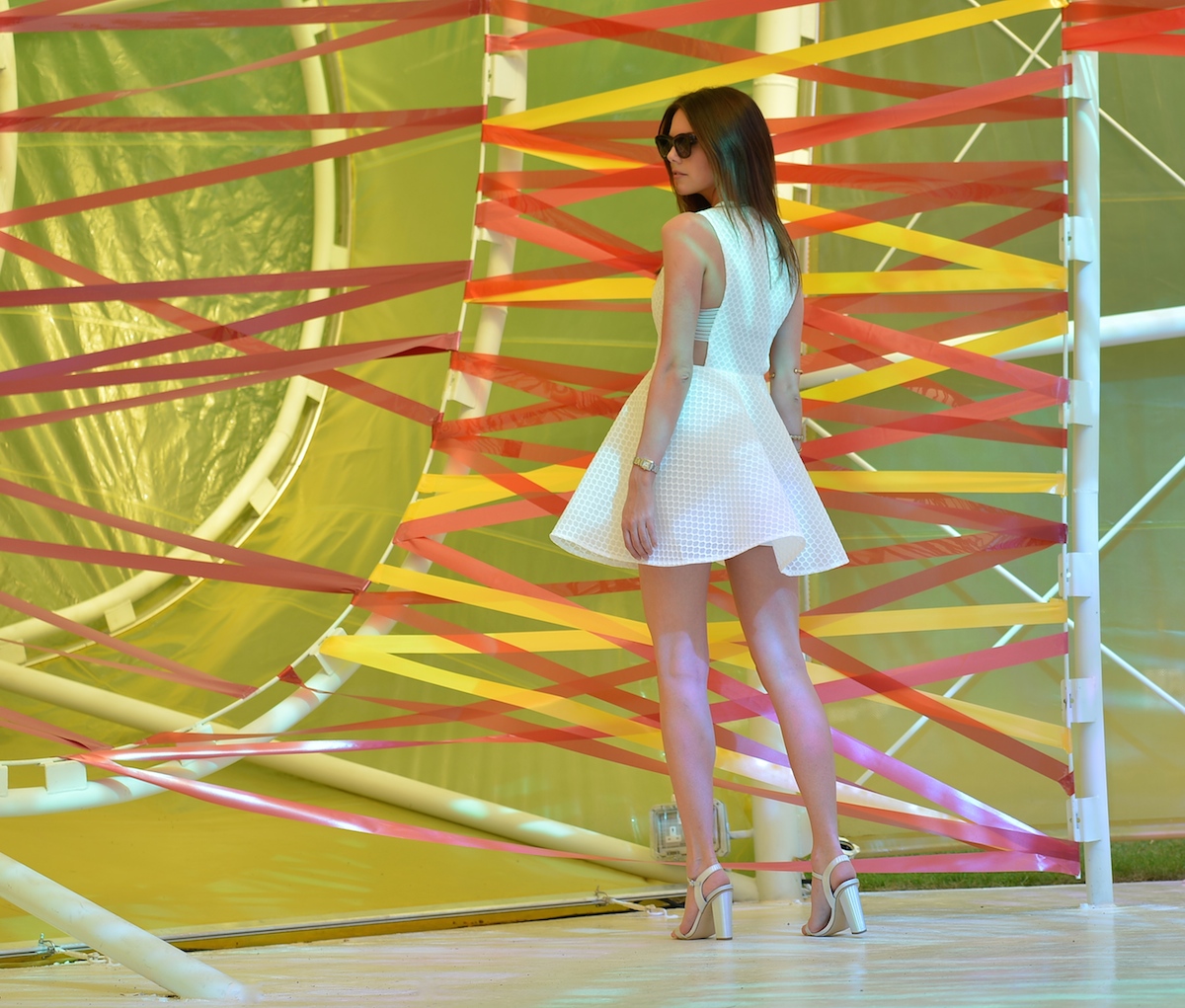 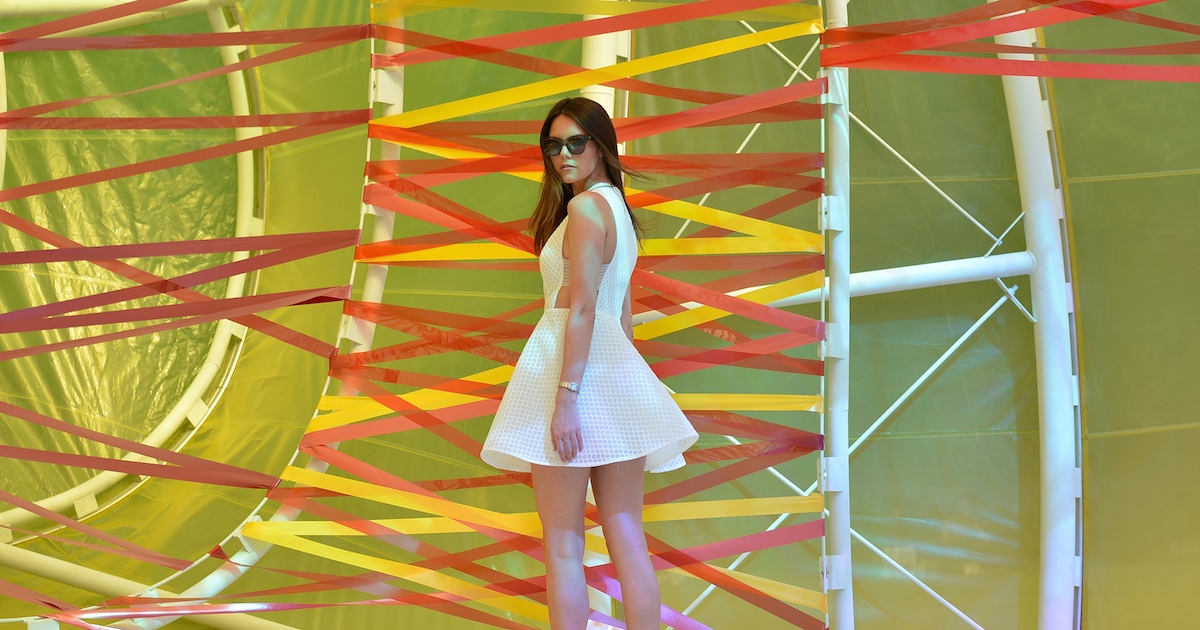 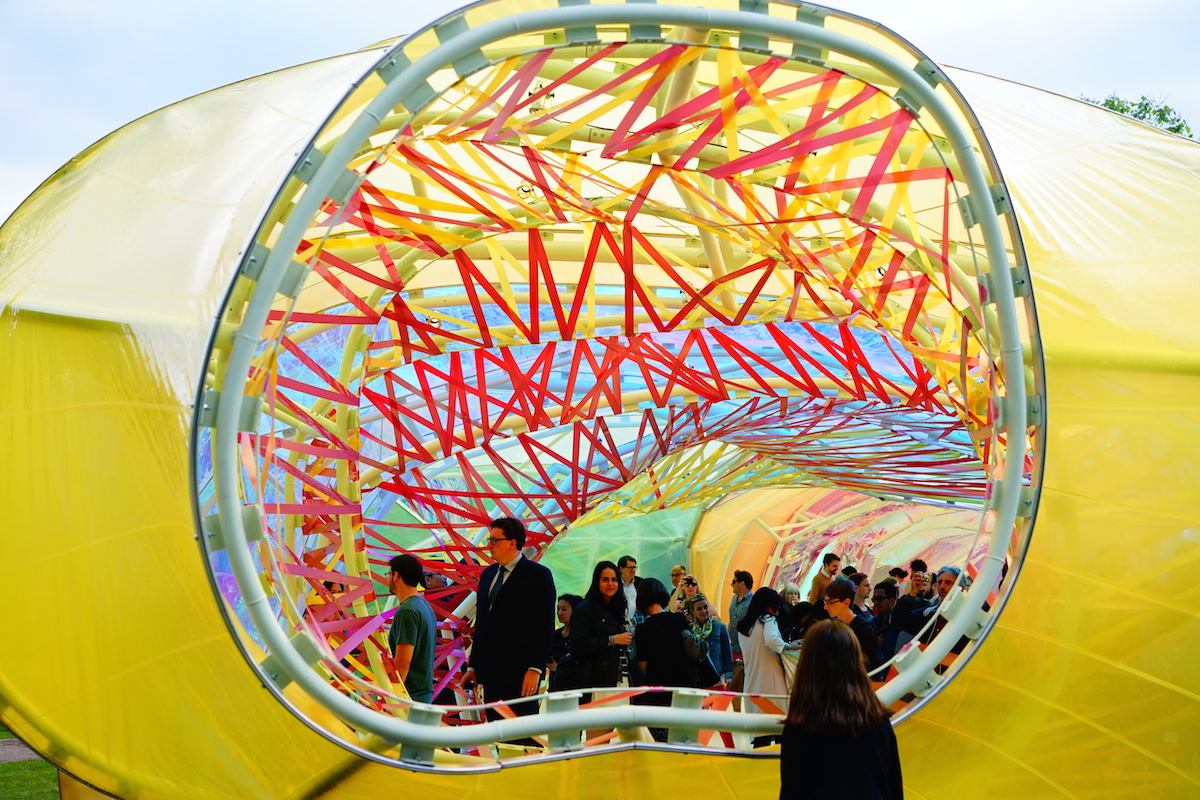 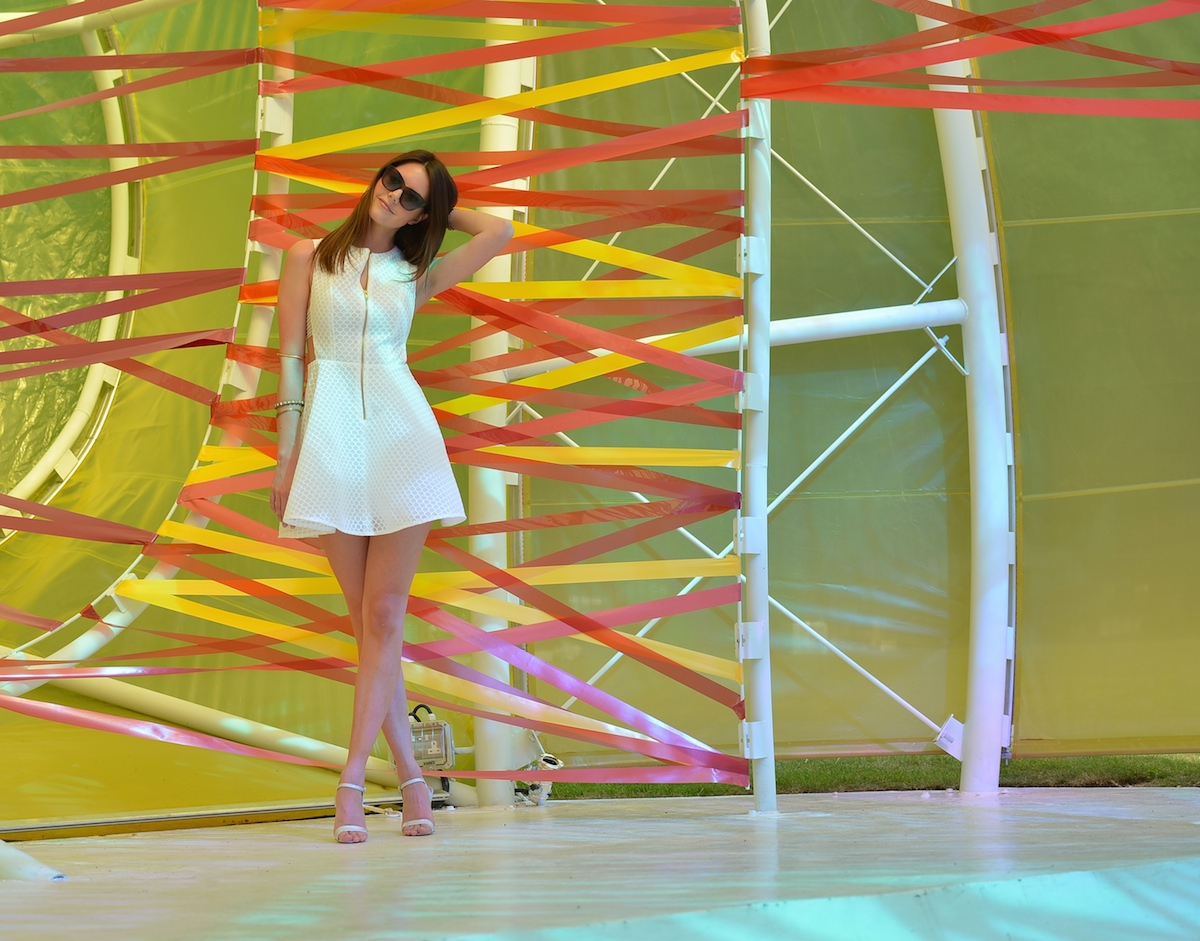 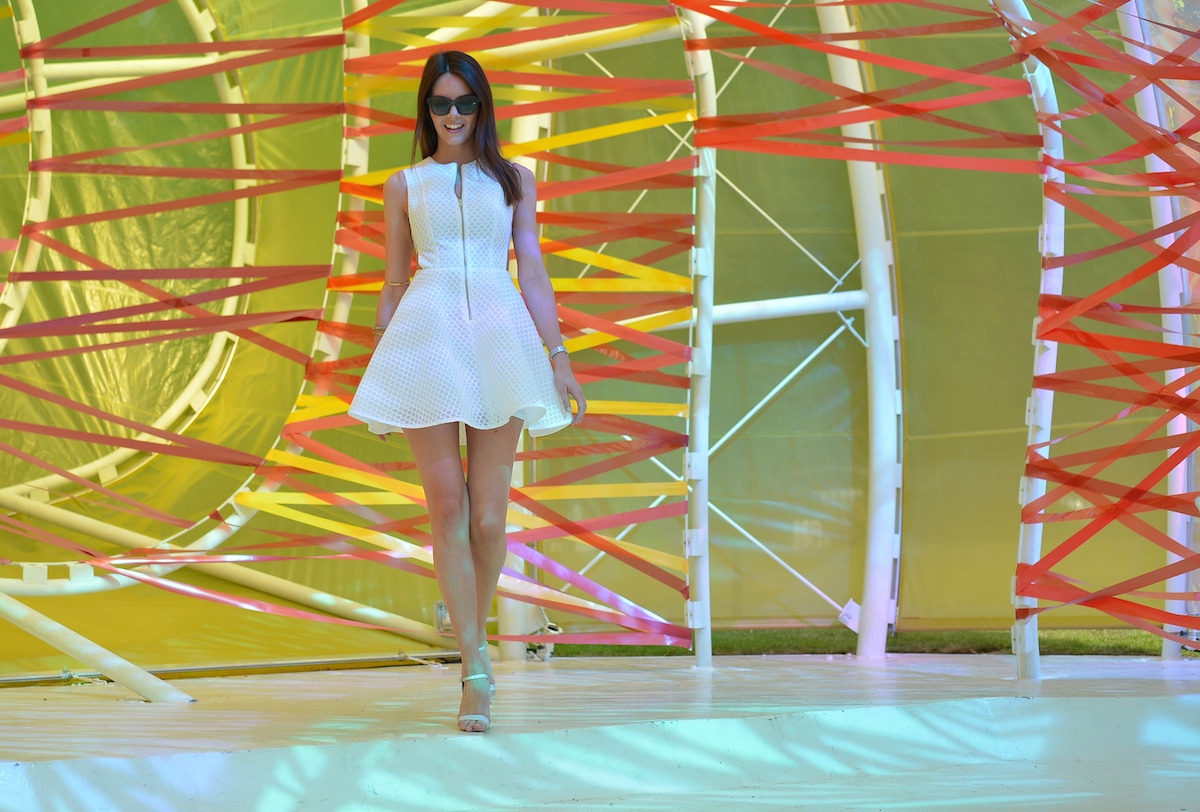 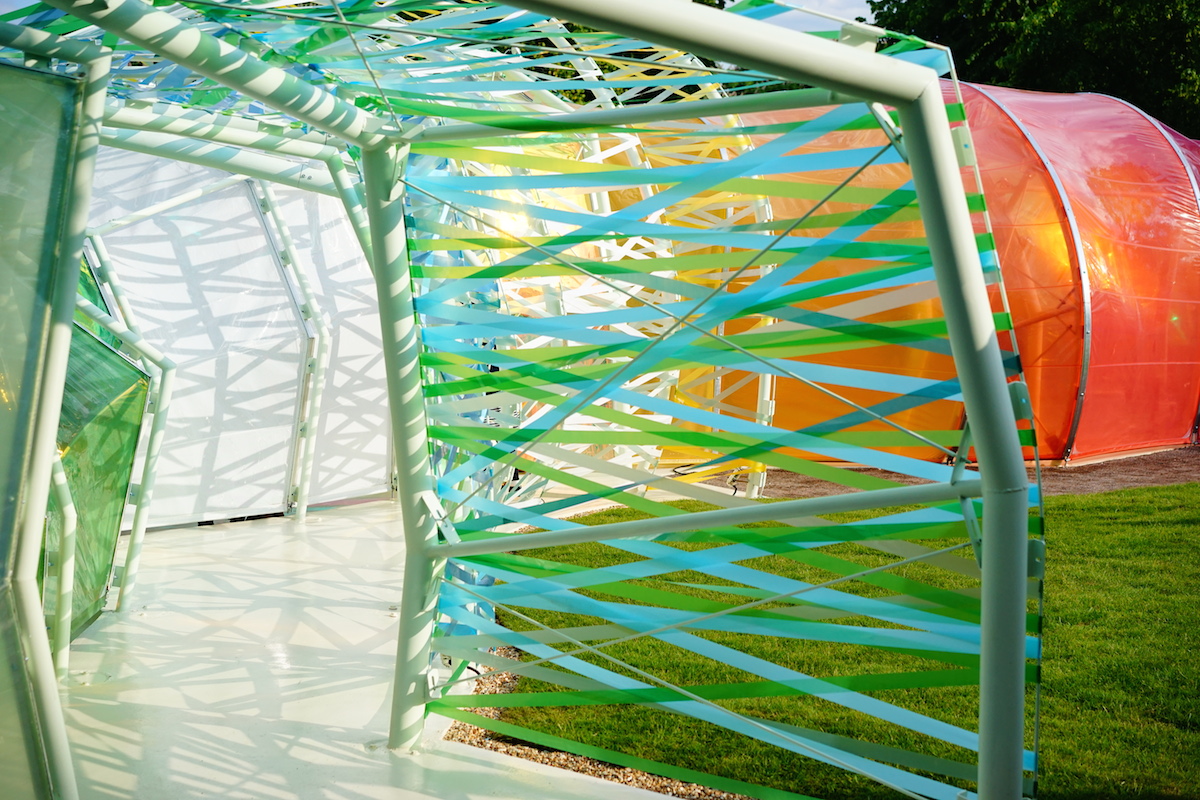 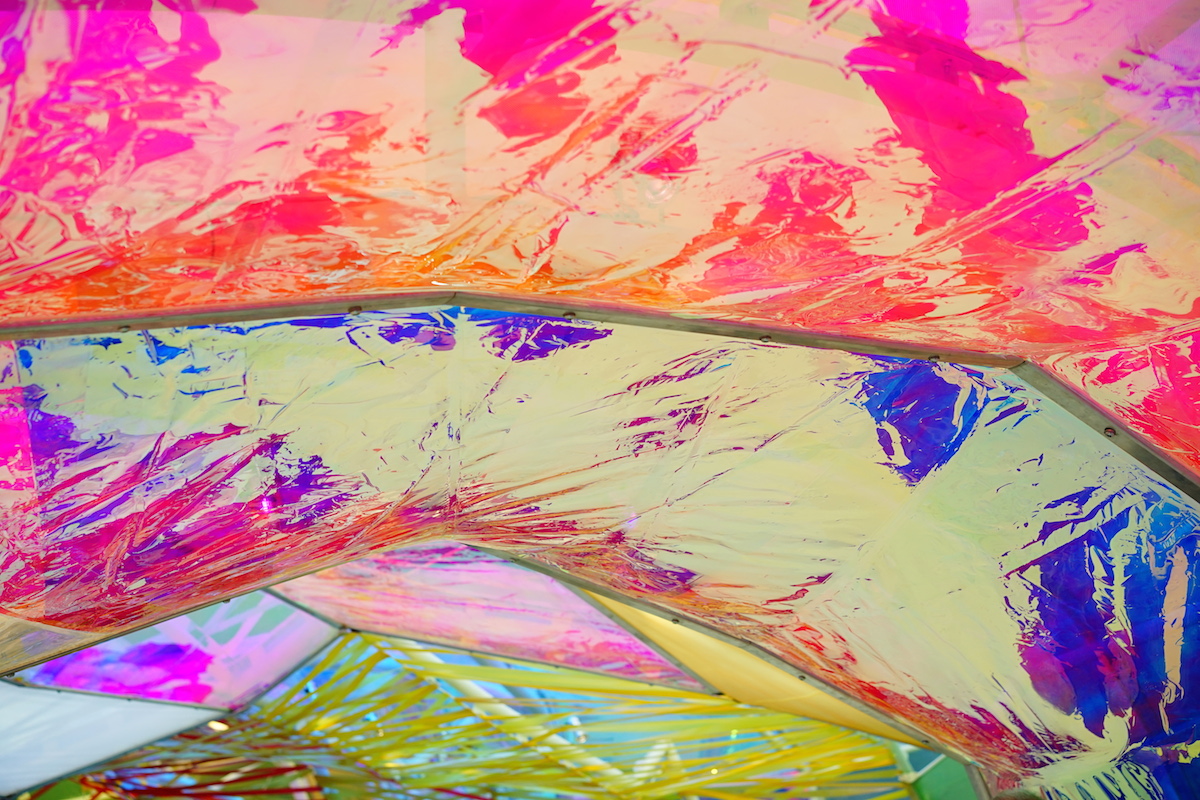 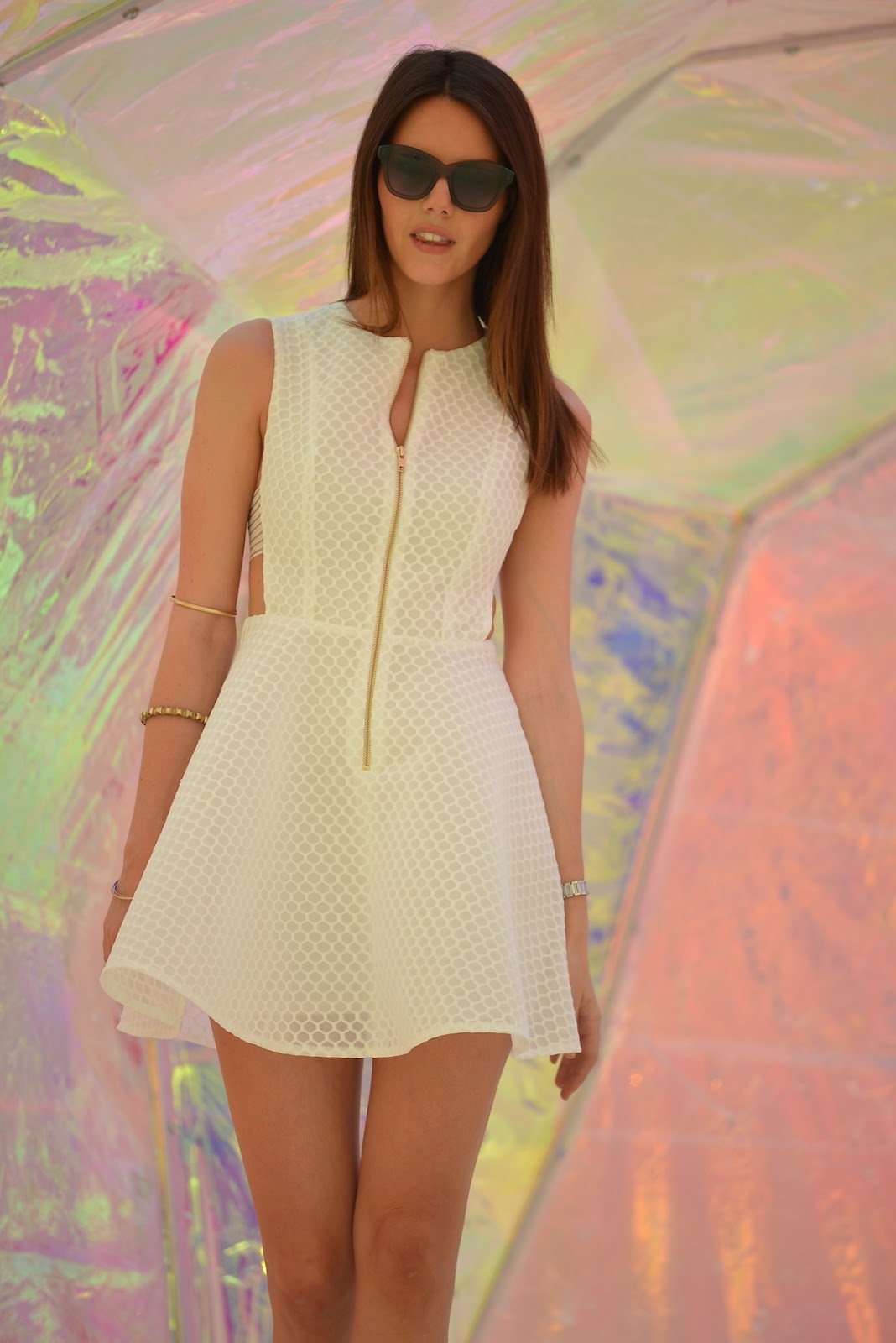 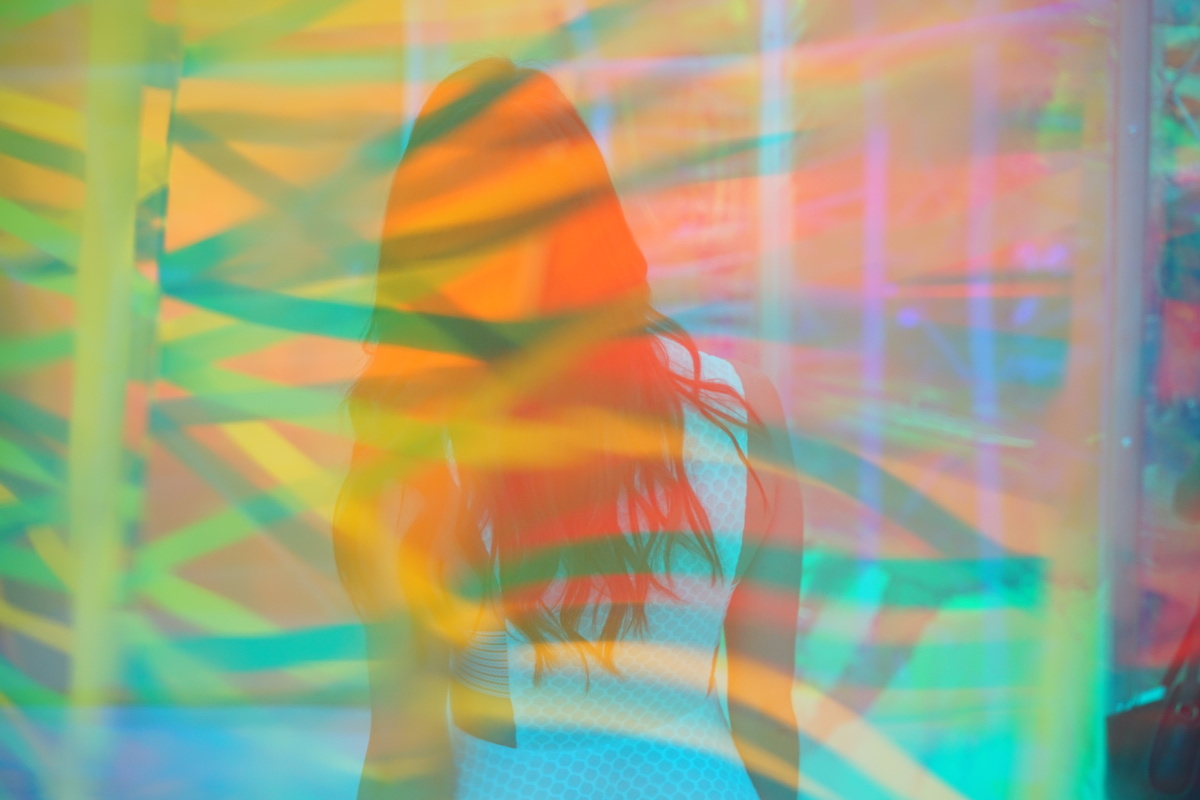 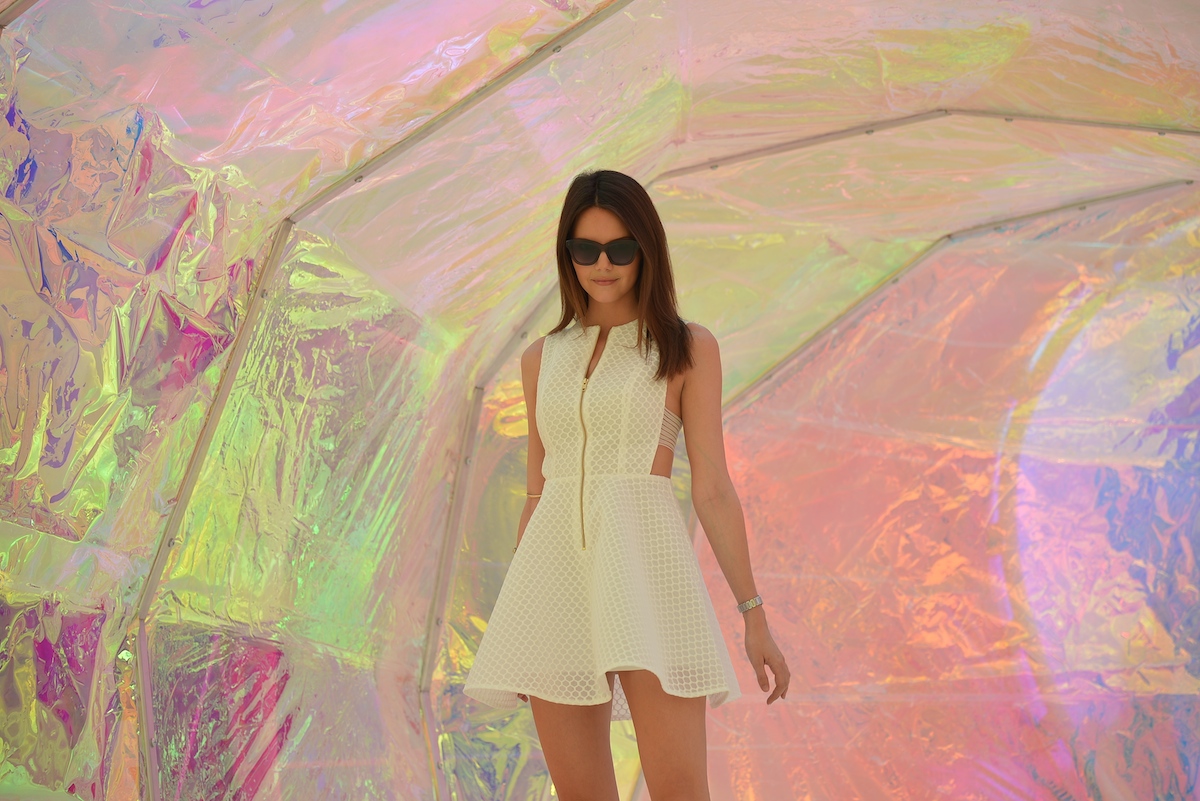 Memo:
This week, Carrie and I were invited to the private view of the new Serpentine Pavilion in Hyde Park. Each summer, an inspirational temporary structure is erected, designed by some of the world’s greatest architects, and this year, selgascano from Spain have the great honour of designing the 15th Serpentine Pavilion. The colourful, fluid structure is wrapped in a multicoloured, iridescent skin and woven with ribbons to stunning effect. Multiple winding paths lead to a central meeting place, where Fortnum and Mason have set up an ever so civilised picnic pop up, and the sunshine streams through to create an ever-changing shimmering light. We were totally in awe. It’s fun, beautiful and usable. I couldn’t help but return a little later in the week with photographer extraordinaire David Nyanzi in tow. I spun, swished and strolled in front of his camera (and a crowd of bemused tourists) whilst he worked his magic to snap this fun set of photos. With a rainbow of colours as our surroundings, I wore fresh bright white, and I have never had so many compliments on a dress. With David chuckling and whispering “Tell them it’s Chloé”, I had to admit it’s from my old favourite, ASOS!